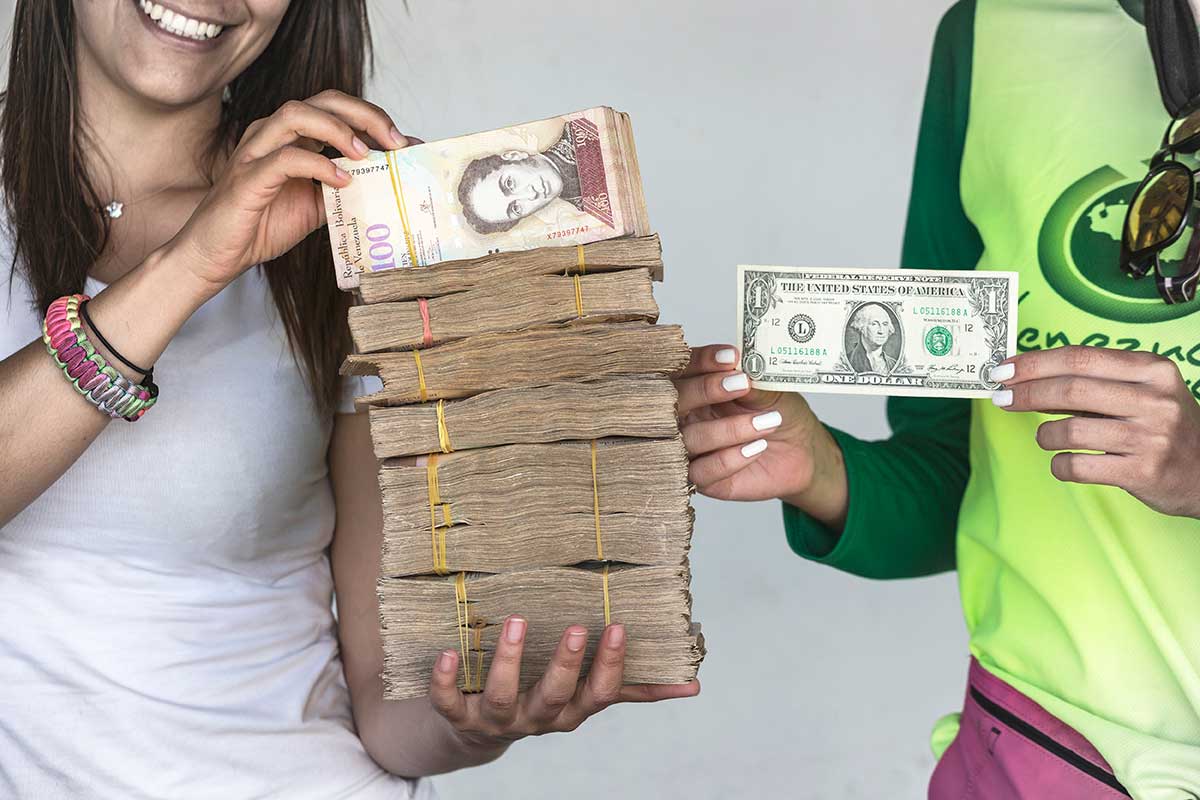 Venezuela's bolivar is worth less than the paper it is printed on. Venezuela President Nicolas Maduro has a solution. He has issued a new bolivar, called the "strong bolivar." How can you fail with plan as clever as that?

Beginning Monday, authorities are rolling out a replacement for the apparently unironically named "strong" bolivar, swapping it out for a "sovereign" bolivar that will be pegged to the government's proposed cryptocurrency, the petro. In the process they are devaluing Venezuela's physical currency more than 95 percent and radically weakening its exchange rate — going from about 250,000 to 6 million bolivars per U.S. dollar.

The new banknotes are also shedding five zeroes in a bid to make matters more manageable for consumers, who presumably cannot carry backpacks bigger than themselves every time they need to do the week's grocery shopping.

Venezuela's annual inflation rate measured for this afternoon on August 19, 2018, is 61,463%, another all-time high. pic.twitter.com/4ObB6vQhqZ

Hyperinflation in Venezuela - merchants are weighing, not counting, currency

Venezuela’s currency is on track to inflate by 720 percent this year. Why? The drop in the price of oil hurt Venezuela’s economy, and President Nicolás Maduro thought he could solve the problem by printing more money. It didn’t work and now people are starving. From The Independent: When the price of oil on the […]