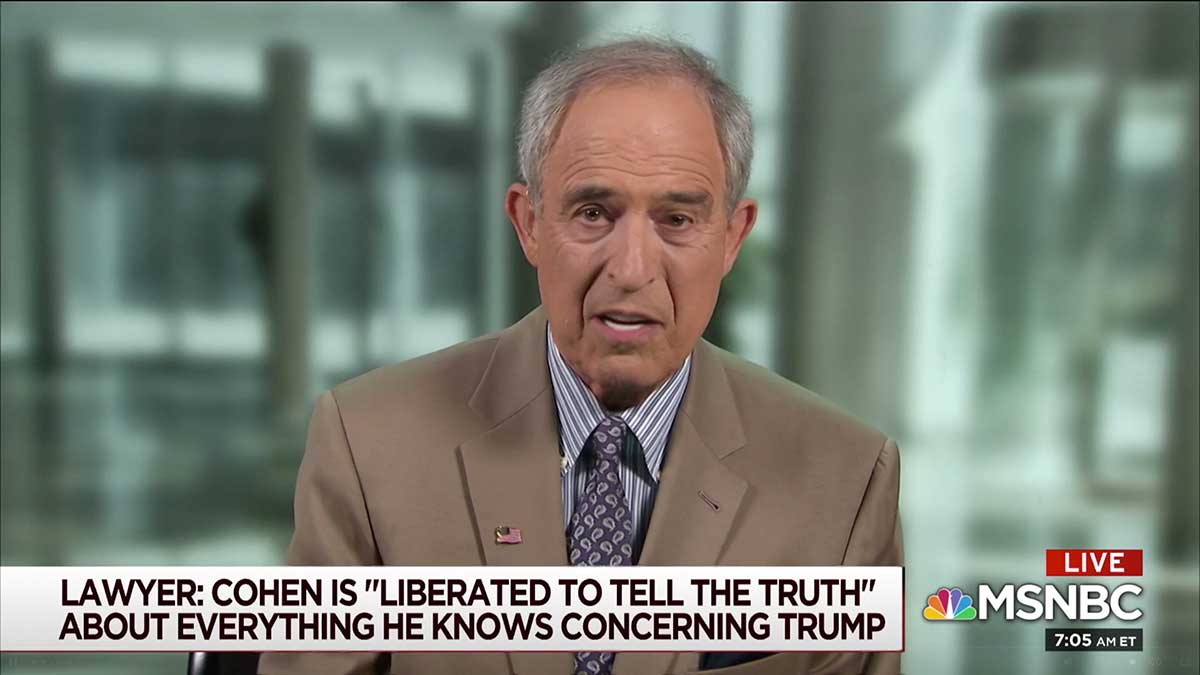 "Michael Cohen knows information that would be of interest to the special counsel regarding both knowledge about a conspiracy to corrupt American democracy by the Russians and the failure to report that knowledge to the FBI," said Lanny Davis, the attorney representing Cohen told MSNBC. Watch the video here.