Prisoners in 17 states are on strike, demanding an end to prison slavery and basic human justice 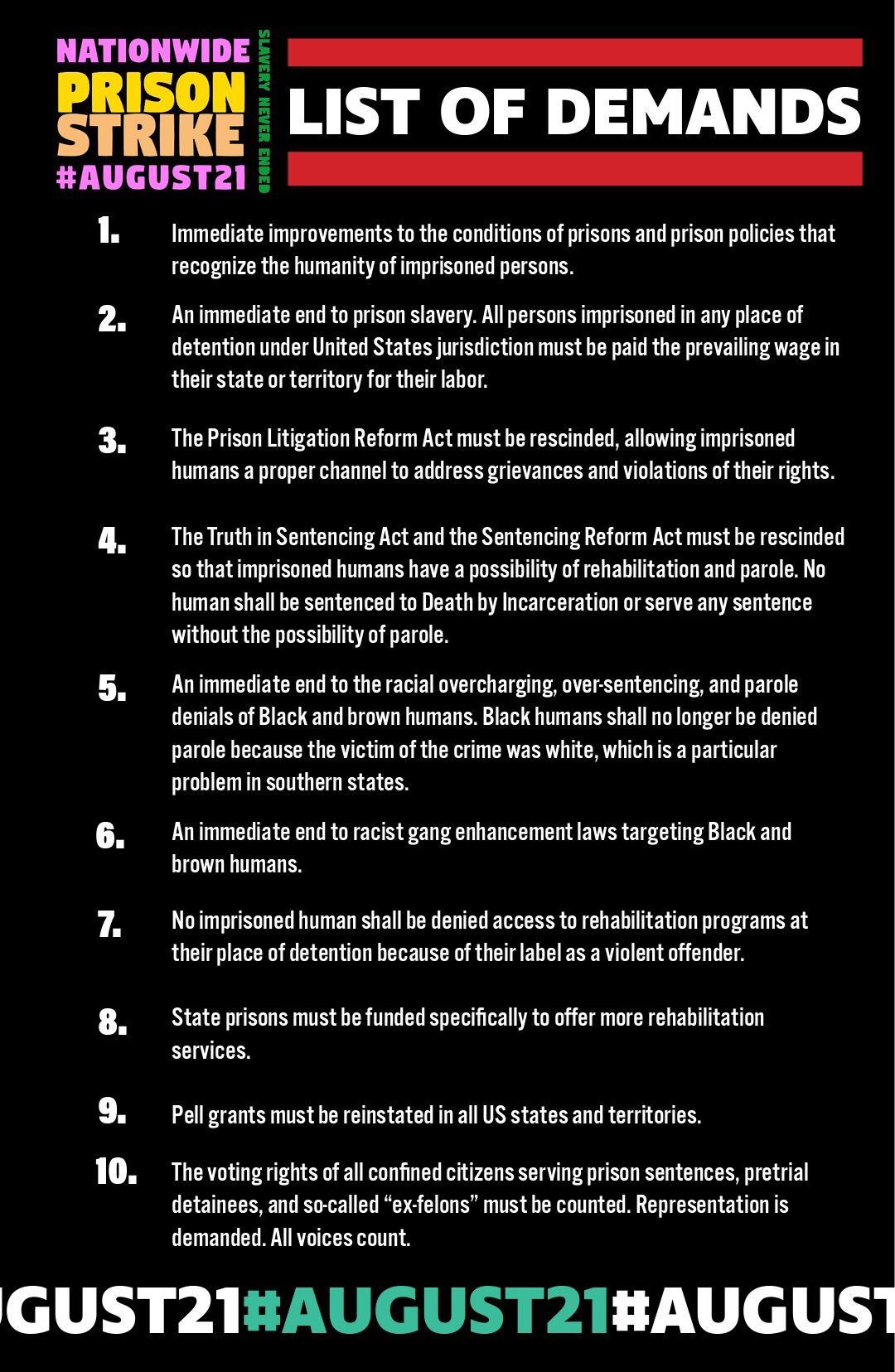 For the second time in two years, America's prisoners have staged a mass, coordinated strike, demanding an end to slave labor for incarcerated people, channels for redress of grievances, an end to racial discrimination in the American penal system, access to rehabilitation programs, the reinstatement of Pell grants, the right of ex-prisoners to vote, and the right of rehabilitated prisoners to be paroled.

The strike started on August 21 and will run to September 8. Prisoners are participating through "work stoppages, spending boycotts, sit-ins, and hunger strikes" and face brutal retaliation for their participation, including torture in the form of extended solitary confinement.

America is the world's most prolific and indiscriminate jailer, imprisoning more people -- and a greater proportion of its population -- than any other country in the history of the world. More black men are imprisoned in America today than were ever imprisoned in Apartheid-era South Africa.

In Ohio, prison organizer Imam Hasan was reportedly placed in solitary confinement last month and charged with violations for organizing a work stoppage. Organizers in Florida and Texas prisons have also been placed in isolation, according to Sawari. Strike participants are readying for other forms of retaliation, such as the loss of phone privileges and access to mail. “Prison officials are doing all they can to suppress the strike, but the match has already been lit and now word is spreading like wildfire. Displacing select individuals is not enough,” Sawari told me.

Organizers on the outside are asking supporters to spread the word of the strike and its demands, both by holding rallies and events outside prisons and detention centers, as well contacting lawmakers. As one incarcerated organizer with the Twitter handle @SlaveryPrison tweeted earlier this month: “Prisoners in some states are having problems getting out their demands or word of their plans. If you’re in contact with any prisoners that will be active August 21st, please be their voices. Report on their demands and actions inside. Anyone can report. We need you!”