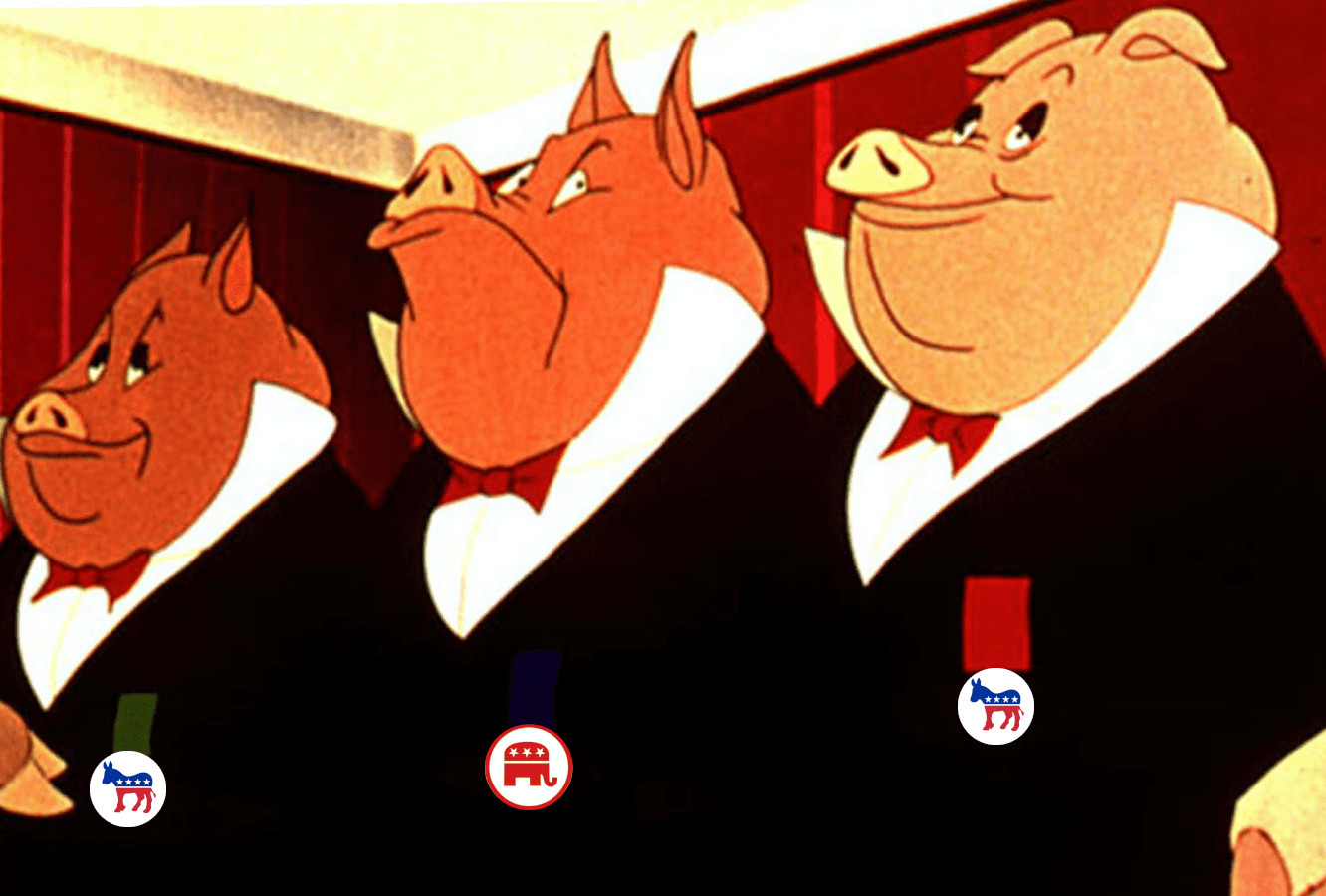 There's one thing that Democratic and Republican leaders agree on: that left-wing policies like Medicare for all are bad news for the Democratic policy -- the only people who disagrees with them are voters, who overwhelmingly support these policies.

Democratic establishment institutions like the DNC are having record-breaking fundraising droughts as Democratic supporters abandon them -- having heard them publicly insist that they have the right to choose the Democrats' candidates in smoke-filled rooms, ignoring the party members -- even as progressive Democratic primary challengers raise record-breaking sums in small money donations by supporting broadly popular, redistributive policies that will cut off the oligarchic control over US politics at the knees.

Insurgent, left-wing candidates are coordinating through organizations like Brand New Congress and Justice Democrats, incubated in the early netroots of the Howard Dean campaign, and they share fundraising, training, and a bold, progressive platform.

Democratic establishment figures hate all this, and insist that the only way for Democrats to win is to make themselves into less-racist Republicans who still want to loot the country and hand its wealth to a mostly white elite.

Kamarck, who also served as a super delegate for Clinton in 2016, says Democrats need to appeal to moderate voters if they hope to retake Congress. She calls the idea that unabashed progressivism can win in Republican-tilting districts the political equivalent of “repealing the laws of physics.”

“I find myself doing a lot of eye-rolling,” she said. “There’s always the argument in the Democratic Party, if only we had really liberal candidates, we would do better. It has never been true before.”

Could this year be different? “We’ll see.”

Writer William Mersey was sent to prison for tax fraud, and spent time at New York City’s Rikers Island a few months ago. In this Daily Beast article, he describes what life at Rikers will be like for rapist Harvey Weinstein. I suspect the shock of being found guilty of rape in the third degree […]

Trump’s campaign filed a lawsuit against The New York Times today, claiming unspecified “millions” of dollars in damage for a 2019 op-ed, reports CNBC: Among other things, the suit alleges that the newspaper “has engaged in a systematic pattern of bias” against Trump’s campaign, which is designed to damage the campaign’s reputation and cause it […]