Windows 95 turned into a native app 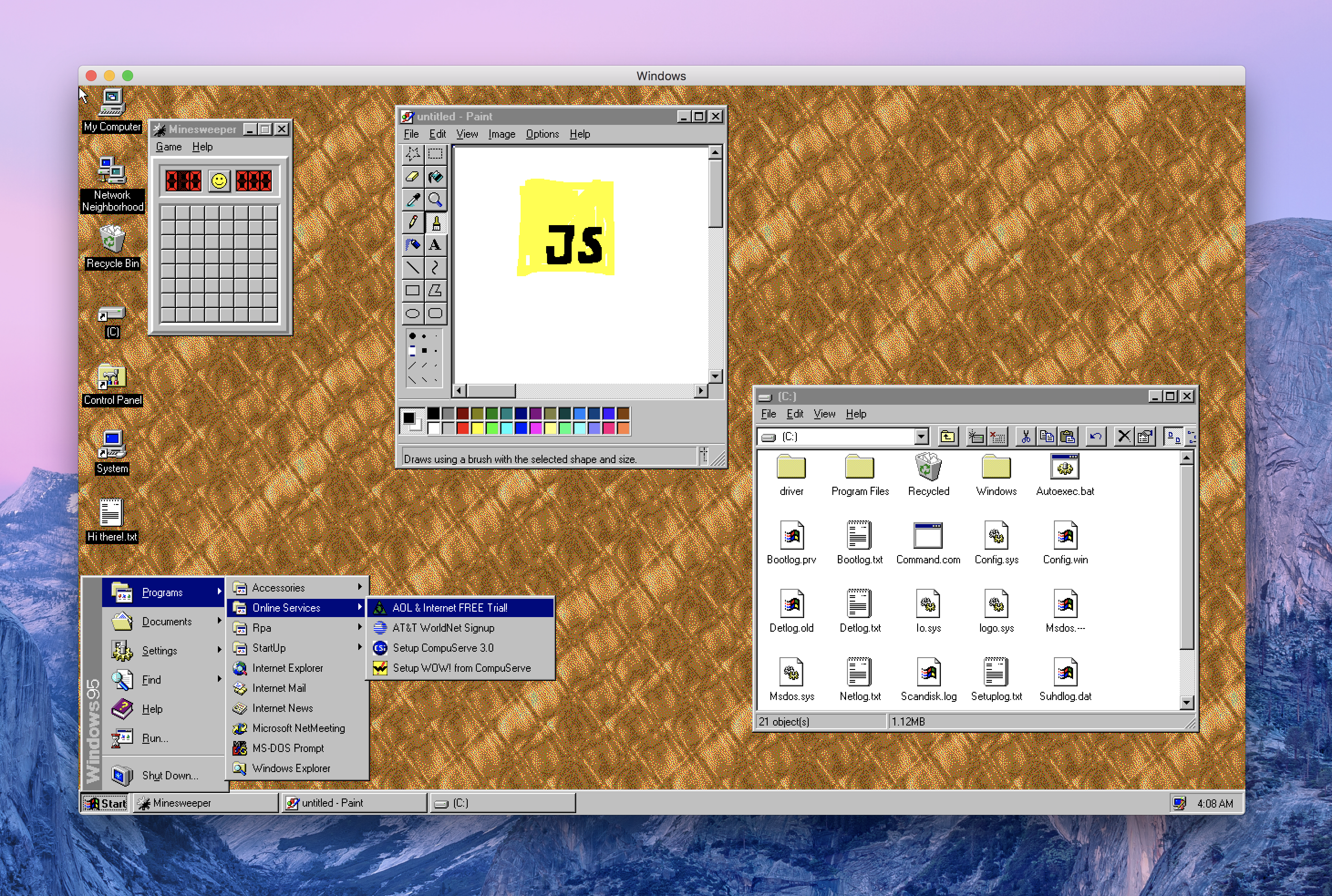 Windows 95, that most beautiful of operating systems, has been turned into an application. It's available to download for MacOS, Linux and, indeed, modern editions of Windows. Tom Warren writes:

Slack developer Felix Rieseberg is responsible for this glorious app, based on an existing web project that supports Windows 95, Windows 98, and a whole host of older operating systems. Now nostalgia lovers can play around with Windows 95 in an electron app. Rieseberg has published the source code and app installers for this project on Github, and apps like Wordpad, phone dialer, MS Paint, and Minesweeper all run like you’d expect. Sadly, Internet Explorer isn’t fully functional as it simply refuses to load pages.