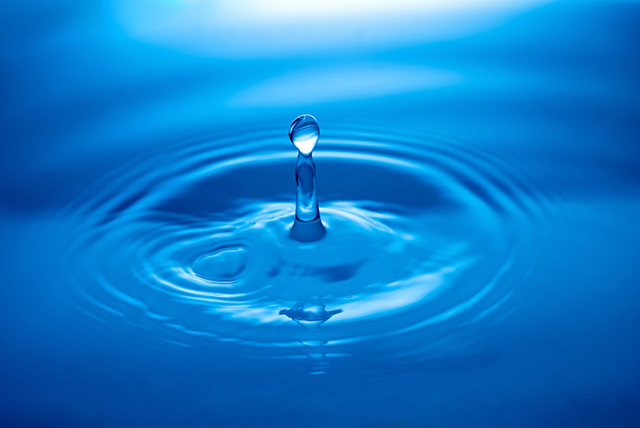 Collecting water from the air is nothing new. Fog nets—typically constructed using a sheet of plastic mesh hung between a pair of poles—are often used in arid areas to capture water vapor. The vapor condenses into a liquid on the mesh and is then drawn down into a collection receptacle. Boom: drinkable water. That said, the amount of drinkable water that a fog net can yield doesn’t amount to much and, as its name suggests, if it’s not a foggy day, there’s not likely to be much, if any, water collected at all.

Happily, for people living in areas that are dryer than a popcorn fart, a team from the University of Akron have devised a way to spin nanoscale fibers that will provide a huge upgrade over the conventional fog nets in use today.

They used electrospun polymers – a technique which allowed them to create nanoscale fibres. These are tangled around fragments of expanded graphite, like spaghetti around meatballs. The fibers provide a large surface area for droplets to condense onto, and the graphite encourages the water to drip out of the material when it is squeezed or heated.

According to the team’s leader, Shing-Chung Josh Wong, fog nets made using these new nanoscale fibres could harvest as much as 180 liters of water per square meter of material deployed, every day. Fog nets made using plastic and other conventional materials? They’re lucky to snag 30 liters of water during the same amount of time with the same square footage of material deployed.

What’s more, there may not be any need for fog. According to Wong, to use the team’s new vapor collection hardware, the gear would only need to be 10° Celcius cooler than the air around it—something that’s easily achievable through the use of a bit of refrigeration tech and rechargeable batteries.

I am a huge fan of using this brush to spread Otter wax all over my favorite raincoats. As temperatures drop its time to get ready for the wet. It has certainly already arrived elsewhere. One of my two waxed-cotton coats was leaking last winter. The sleeve started to absorb water instead of beading. Heating […]