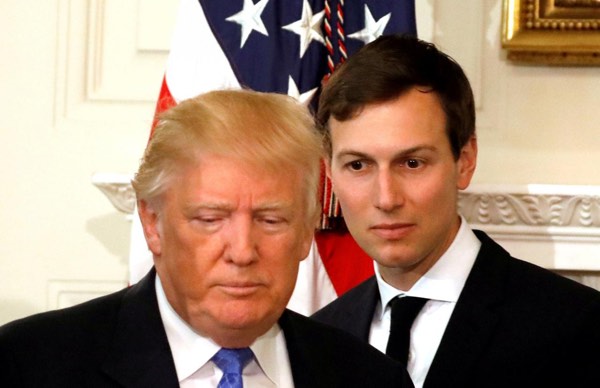 Not a good day for the President's son-in-law, Jared Kushner.

The Kushner family real estate company was fined $210,000 by New York City regulators Monday, after an Associated Press investigation revealed it “routinely filed false documents with the city claiming it had no rent-regulated tenants in its buildings when, in fact, it had hundreds.”

Separately, a watchdog group said Monday that former Trump lawyer Michael Cohen has engaged in the same practice, perhaps in a more brazen way, by telling the city that buildings he owned were empty, though tax records showed they were filled with tenants, many rent-regulated.

The city’s buildings department fined the Kushner Cos. for filing 42 false applications for construction work on more than a dozen buildings when presidential adviser Jared Kushner ran the business. The AP report showed that the false paperwork allowed the Kushners to escape extra scrutiny designed to stop landlords from using construction to make living conditions for low-paying, rent-regulated tenants unbearable and get them to leave.

The Kushner Cos. said it relied on “third party consultants” to prepare its applications for construction permits and the errors “have been corrected or will be.”

“In no case did the company act in disregard of the safety of our tenants,” said spokeswoman Christine Taylor. “We look forward to presenting the facts before an administrative law judge and until then no amount is due.”