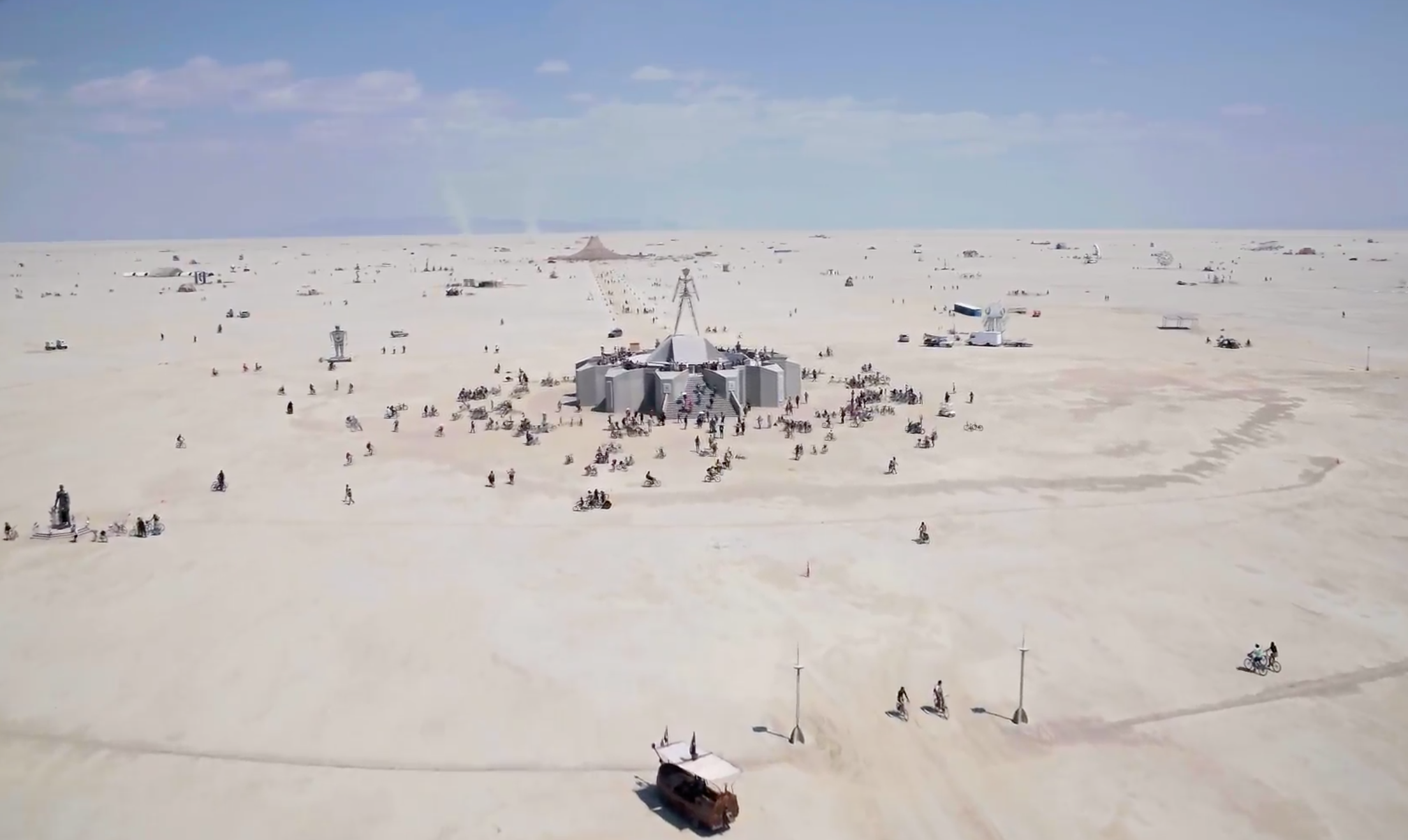 On Monday, the Burning Man Webcast team shot some amazing high-res footage of this year's Burning Man using a drone.

It starts facing the Man itself and then flies over and around it. Then it flies over to the Temple, which is still in construction, and then it spins around so we can see the city itself. The footage is really quite stunning!

The webcast's producer Matthew Reyes played it on the Burning Man Live Stream (and may do so again) and, while I can't share the video footage, I did get permission to share some of the screenshots I grabbed. Seriously, if you don't want to see this year's city, this is where you turn back now.

I left the images clickable so you can see zoom in a bit:

The road to the Man. I spy Hank Willis Thomas' piece, All Power to All People, on the left hand side (it's a giant Afro pick)

A view of the Man from behind the Man, looking at Black Rock City

Here's a different shot of the Temple, showing the 2:00 side

Now we're behind the Temple, looking at the Man and the center of the city

And, lastly, we get Center Camp, along with the Department of Mutant Vehicles' line