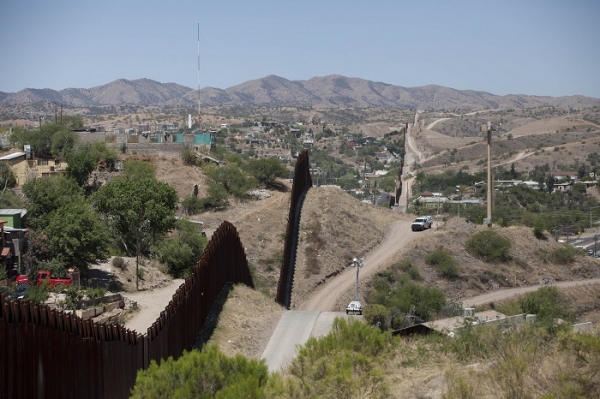 They served in the Army, Border Patrol and as police. They have legitimate U.S. birth certificates. But Trump's government is denying their passport applications and telling them they aren't U.S. citizens.

A Washington Post report out today tells of the “growing number of people whose official birth records show they were born in the United States but who are now being denied passports — their citizenship suddenly thrown into question,” under the Trump administration's racist policies.

Hundreds, maybe thousands, of (mostly Latinx) people who live and work along the U.S.-Mexico border are accused by Trump's government of “using fraudulent birth certificates since they were babies, and it is undertaking a widespread crackdown on their citizenship.”

Kevin Sieff in the WaPo:

In a statement, the State Department said that it “has not changed policy or practice regarding the adjudication of passport applications,” adding that “the U.S.-Mexico border region happens to be an area of the country where there has been a significant incidence of citizenship fraud.”

But cases identified by The Washington Post and interviews with immigration attorneys suggest a dramatic shift in both passport issuance and immigration enforcement.

Gosh, who could have ever expected this from the candidate who pushed a fake conspiracy about a Black President not being a true American citizen? It's almost like only white people are real Americans, you guys.

In some cases, passport applicants with official U.S. birth certificates are being jailed in immigration detention centers and entered into deportation proceedings. In others, they are stuck in Mexico, their passports suddenly revoked when they tried to reenter the United States. As the Trump administration attempts to reduce both legal and illegal immigration, the government’s treatment of passport applicants in South Texas shows how U.S. citizens are increasingly being swept up by immigration enforcement agencies.

Juan said he was infuriated by the government’s response. “I served my country. I fought for my country,” he said, speaking on the condition that his last name not be used so that he wouldn’t be targeted by immigration enforcement.

The government alleges that from the 1950s through the 1990s, some midwives and physicians along the Texas-Mexico border provided U.S. birth certificates to babies who were actually born in Mexico. In a series of federal court cases in the 1990s, several birth attendants admitted to providing fraudulent documents.

Based on those suspicions, the State Department during George W. Bush and Barack Obama’s administrations denied passports to people who were delivered by midwives in Texas’s Rio Grande Valley. The use of midwives is a long-standing tradition in the region, in part because of the cost of hospital care.

The excuse they're using for this has to do with an earlier period of history, but that long-ago adjudicated dispute affected a relatively limited population. Passport denials over the matter were considered a thing in the past. Until Trump.