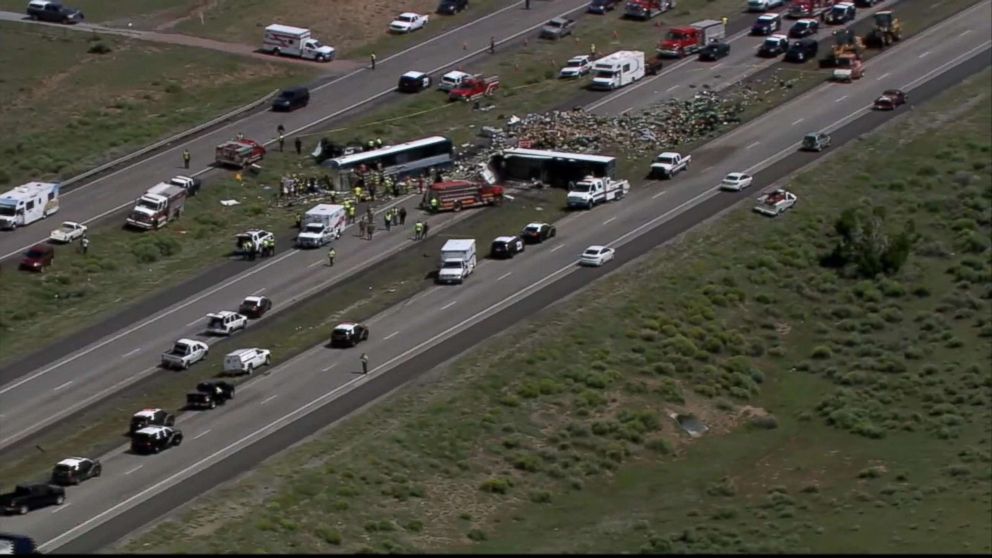 Multiple deaths and many people with serious injuries are reported in a Greyhound bus crash on a freeway in New Mexico, police say.

Officers have confirmed multiple casualties in this crash. Officers and EMS are still working this scene actively. More information will be released when available.

"There are multiple serious injuries and passengers transported. Officers and EMS are actively working and assessing the scene, said New Mexico State Police.

More than 33 patients have been transported to local area hospitals with injuries, some are said to be in critical condition, officials said.

NTSB is launching a go-team to investigate today's crash involving a Greyhound bus and a truck-tractor semitrailer on Interstate 40 in Gonzales, New Mexico.

#Breaking Greyhound bus involved in crash in Western New Mexico was traveling from Albuquerque to Phoenix. There were 47 passengers on board, according to a Greyhound officials. @NBCNightlyNews pic.twitter.com/SvpLrjeXAY

#BREAKING The bus was heading from Albuquerque to Phoenix, and there were 47 passengers. https://t.co/Anvs4tYYUC

Greyhound officials now say there were 49 passengers on board.
Story updated: https://t.co/SUUdr5mVCr