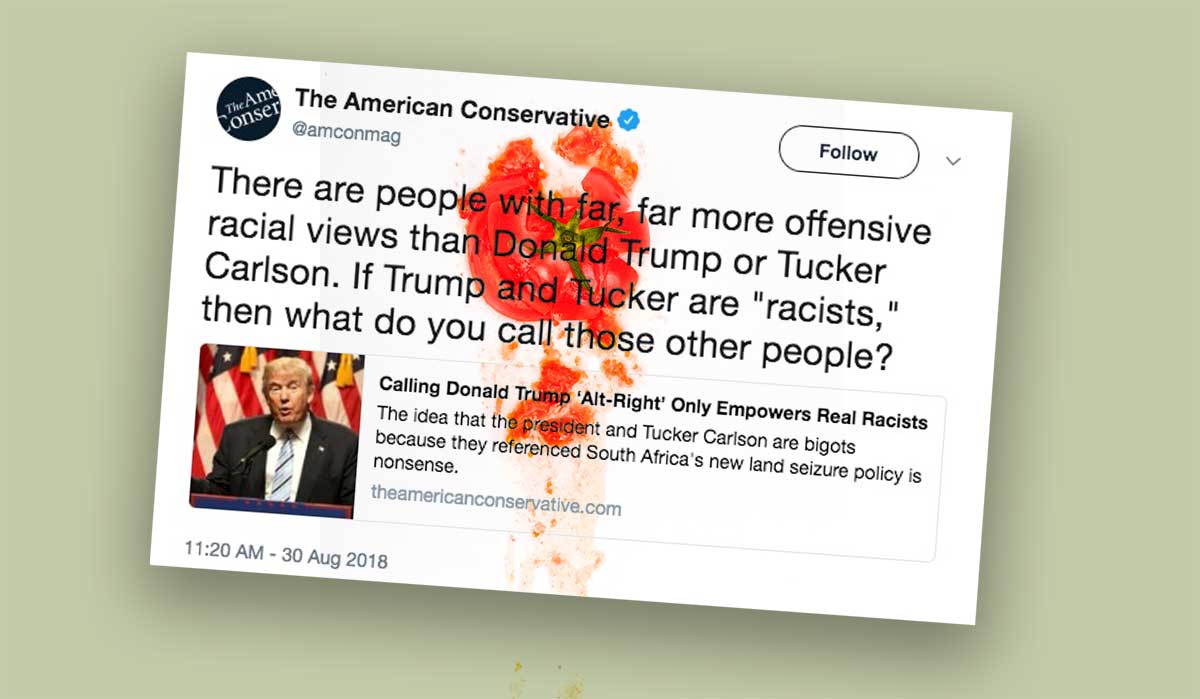 The replies to The American Conservative's exceedingly stupid tweet make for good reading.

There are sandwiches with far more ham and cheese than this one. What do you call those other sandwiches?

There are containers with far, far more apple juice than six ounce Minute Maid apple juice boxes. If these are "apple juice," then what do you call those other containers?

"Bigger racists"? Could just go with "racists" as well. Up to you guys