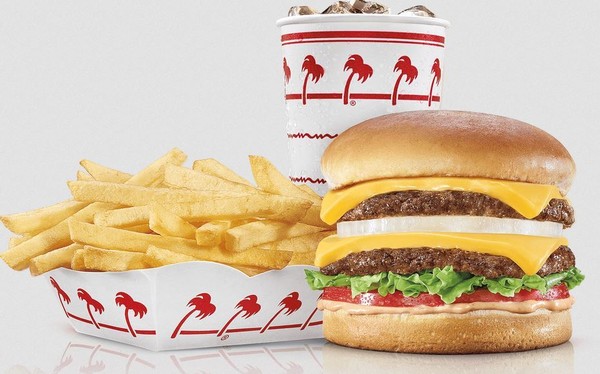 Excerpt from an LA Times story on about the food fight:

In-N-Out, meanwhile, quickly put out a statement by Executive Vice President Arnie Wensinger that noted that the company “made equal contributions to both Democratic and Republican” political action committees in California in 2018.

Filings show that the restaurant chain gave at least $80,000 this election cycle to Californians for Jobs and a Strong Economy, a committee focused on electing business-friendly Democrats to the state Legislature. The chain also gave at least $30,000 to the committee in 2016.

“For years, In-N-Out Burger has supported lawmakers who, regardless of political affiliation, promote policies that strengthen California and allow us to continue operating with the values of providing strong pay and great benefits for our associates,” Wensinger said.

The eatery was founded by Harry and Esther Snyder in 1948. The company has a reputation for maintaining strong Christian beliefs and puts references to Bible verses in its packaging

Companies take note from what's happening w/ #BoycottInNOut right now: it's a really, REALLY bad time to be making donations to the Republican party, even if you have without incident in past. Deporting U.S. citizens, denying vets passports, and ~500 kids still in jail? C'mon.

Did you guys really not notice the Bible verses on the bottom of the bags? Theae aren’t exactly social justice Christian Bible quotes, these are social conservatives’ favorites. #BoycottInNOut

People should #BoycottInNOut because it's overrated, not because it supports Republicans, which it has since, oh, forever.

The owner of Coachella donates mad cash to anti-LGBT and anti-abortion organizations. Let me know when y'all stop going, lmao. #BoycottInNOut

Seems like the people confused by #BoycottInNOut have either never lived in SoCal or are playing obtuse.

InNOut is a BFD in LA, we used to have them on film sets as a treat.

Artists generally have a problem w/ jailing babies so yeah, it's a values issue.