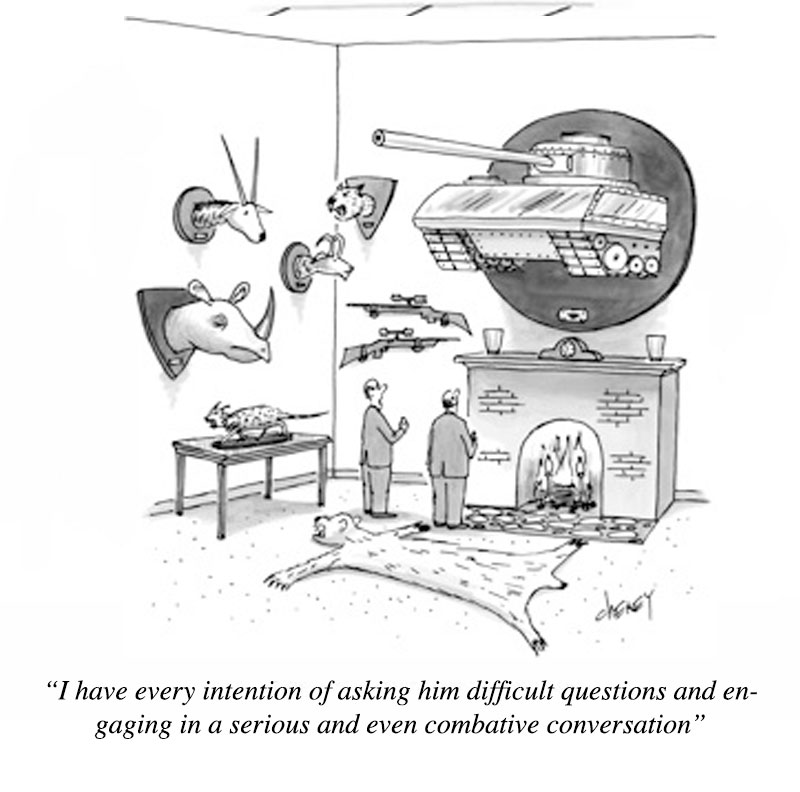 The New Yorker invited white supremacist sponge Steve Bannon to headline its festival. The magazine is famous for its cartoons' caption competitions, but it was discovered not so long ago that the phrase "Christ, what an asshole" perfectly captions all of them.

I propose that editor David Remnick's excuse for inviting Bannon — "I have every intention of asking him difficult questions and engaging in a serious and even combative conversation" — is even better.

christ what an asshole / media / navelgazing