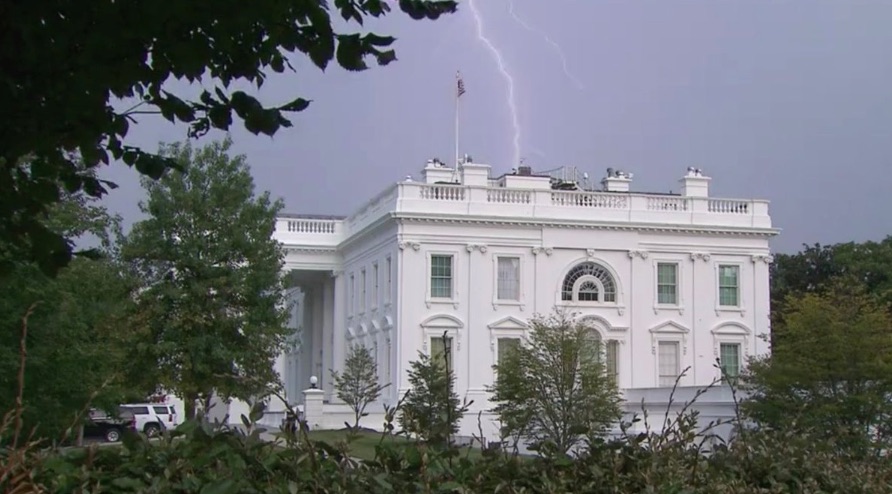 During a thunderstorm in #DC today, ##CNN photographer @abdallahcnn captured this great image of lightning striking the #WhiteHouse this afternoon. pic.twitter.com/xnKYTAt8Ti