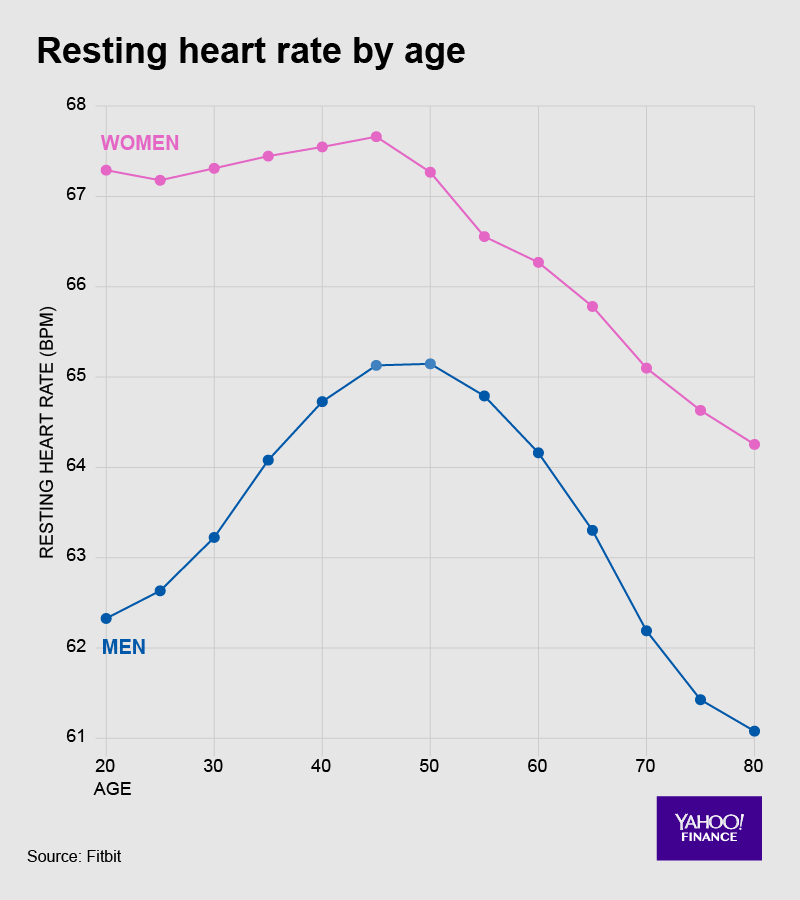 David Pogue writes that Fitbit has 150 billion hours of anonymized heart data from its users, not to mention their ages, sexes, locations, heights, weights, activity levels, and sleep patterns—a treasure trove of information about human health.

Fitbit’s data confirms a lot of what cardiologists already know. But because the Fitbit data set is ridiculously huge, it unearthed some surprises, too. ... The first observation from Fitbit’s data: Women tend to have higher resting heart rates than men.

It’s not news that getting exercise is good for your heart. (The American Heart Association recommends that adults get 150 minutes of moderate to vigorous active minutes a week.)

What is surprising, though, is that the benefit tapers off after a couple hundred minutes of exercise.

Half an hour a day, just like the doctor ordered.

Also, 7 hours of sleep correlates with a lower resting heart rate than 8 hours, according to the Fitbit data:

Fitbits don't include detected moments of wakefulness in the hours-slept count. So what it reports as 7 hours' sleep is what I think most of us would reasonably describe as 8, because that's how long we were in bed "asleep."

There are loads of other interesting charts and figures in Pogue's story.