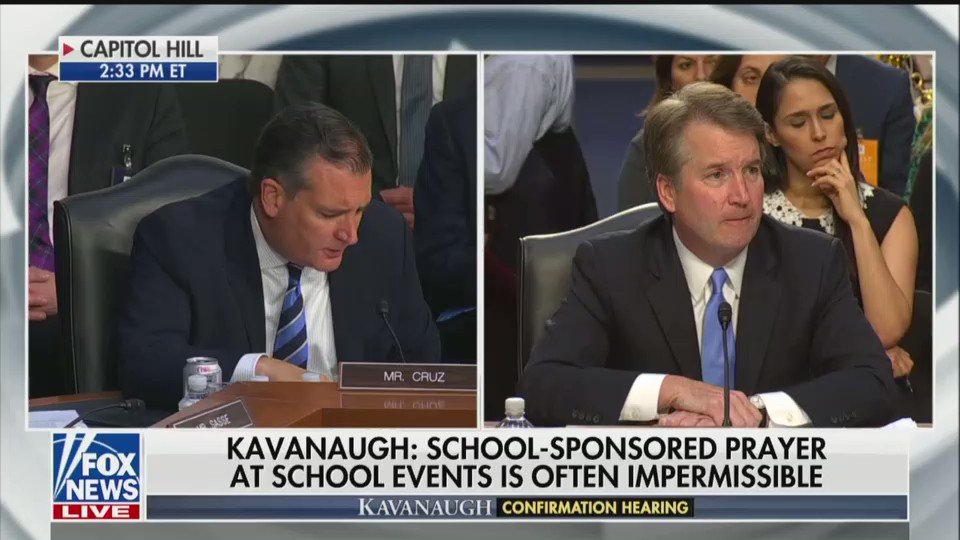 In hearings to confirm his seat on the United States Supreme Court, Judge Brett Kavanaugh refers to birth control as "abortion-inducing drugs."

“That's a GROSS misunderstanding of the case, which was about insurance coverage for contraceptives. It's further proof of Kavanaugh's hostility toward women's reproductive freedom.”

What's at stake is women's lives.

The crux of the dispute in Hobby Lobby was against emergency contraception like Plan B.

Plan B does not cause abortions. It prevents fertilization.pic.twitter.com/uzL9RPY9wm

Kavanaugh just referred to birth control as "abortion-inducing drugs," which is not only an anti-science lie, it's an anti-choice extremist phrase that shows that our right to access both abortion and contraception would be in SERIOUS danger if he is confirmed. #StopKavanaugh pic.twitter.com/TWqaU0YjmH

Kavanaugh: “They said filling out the form would make them complicit in the provision of the abortion-inducing drugs that they...objected to.” The case he’s referring to was about the birth control mandate. Birth control =/= abortifacients. https://t.co/PxrHQSae4R