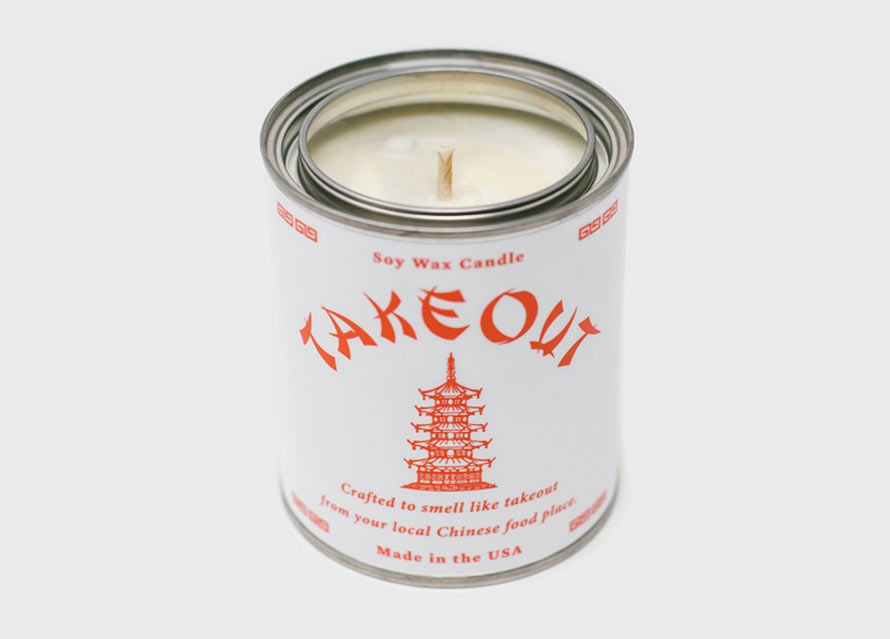 With hints of soy, lemongrass, and ginger, here's a candle crafted to smell like Chinese food. Because. That's why.

If someone opens a carton of Chinese food within 100 feet of us we end up drifting over like a cartoon character carried by the aroma. While ordering takeout every day is tempting, we think we've developed a more financially viable way to enjoy that scent… Each 100% soy wax candle is made in the USA and offers a burn time of over 80 hours. You could leave that carton of lo mein out for days on end, but we think this is a better idea.

The Takeout Candle is available from Cool Material for $24.95 (which seems like a fortune).

Anyone who was a hippie or who grew up knowing a hippie or two probably saw these intricate carved candles here and there. They eventually went mainstream in the 1970s, like macramé.

Candles that smell like a bookstore, old books, or a musty old cellar? Pal, you sure like books! My home is filled with books, and pets. Guess which one lends more to the olfactory nature of my domicile? Frequently, especially after running the carpet deep-cleaner, I'll want to light a candle… or burn a sage […]

This nifty crying unicorn candle comes with three colorful wax rainbow horns. Light the horn, and tears of joy start to flow from the unicorn's eyes: