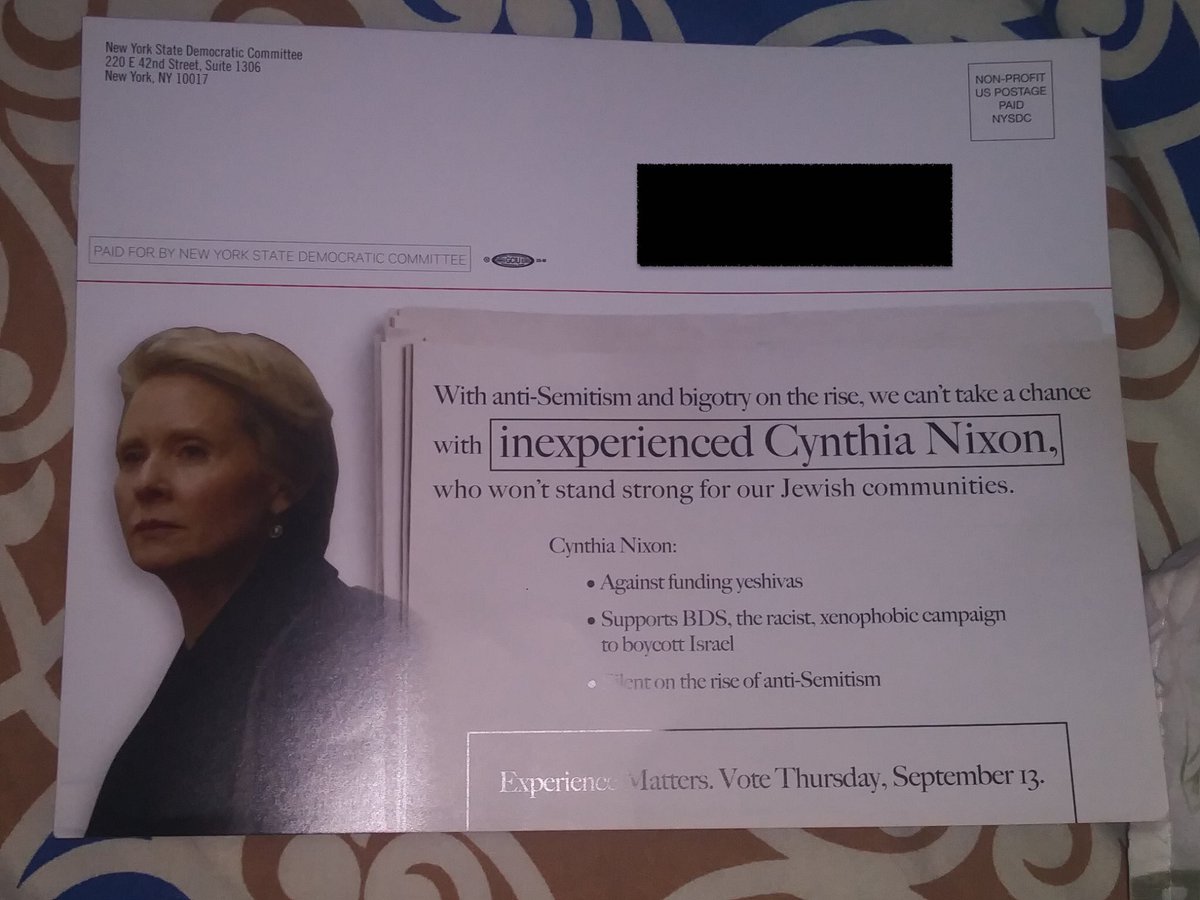 Cynthia Nixon's upstart challenge to fellow Democrat and incumbent governor Andrew Cuomo has hit a snag: her own party hasn't just picked sides in next week's primary election, it's mailed out flyers insinuating that she's an anti-semite.

Just a few days ago, the New York Times ran an editorial detailing Cuomo's prolific and systemic corruption–its own words!–only to endorse him anyway.

He has done little to combat the corruption in the Legislature and his own administration, and he has allowed the subway system, the foundation of the New York City economy, to rot. The case for change, at a time when so many New Yorkers yearn for change, is not hard to make. …

But Ms. Nixon's lack of experience in government or management of any sort do not inspire confidence that she could overcome the old guard in Albany to fulfill her promises and run the state. Her campaign has, at times, boiled down to a largely negative message — that she is not Andrew Cuomo — and while that can indeed seem an appealing truth, it is not, in the end, enough.

Even if she beats Cuomo, she will spend every moment of her political life being treated like a disease by her own party. But that hardly seems likely given how much effort it's putting into making sure that doesn't happen. Cuomo it is, and another four years of a sleazy, well-oiled centrism of the kind so ably criticized by the editors of the New York Times, even as they beg their readers to support it.