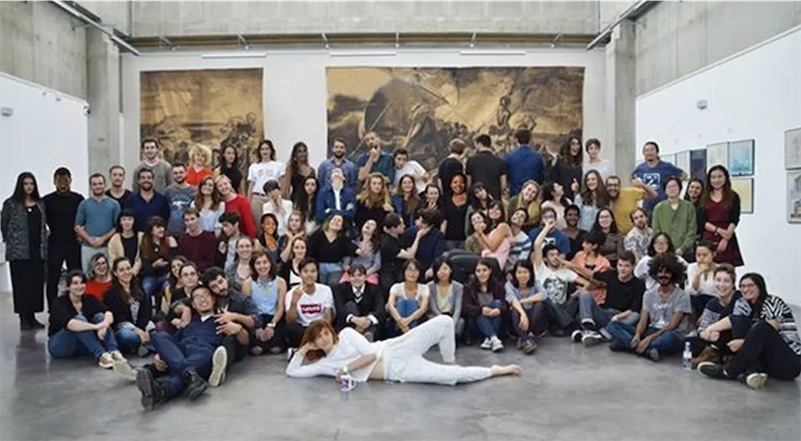 Art school Émile Cohl in Lyon, France formally apologized after students noticed that a group photo on the school's United States promotional web site had been manipulated to make several of the people appear to have dark skin. The manipulated photo is at the very top of this post. Below it is another image, without the alterations, from the same series of snapshots. From The Guardian:

Antoine Rivière, the college director, told L’Express he was only made aware of the altered photo when he was contacted by some fifth-year students who appeared in it.

“We had sent a certain number of documents to an American communications agency in order to highlight our college,” he said. One of the photographs had been doctored without the school’s knowledge...

The school is planning to open a branch in the US in the near future.