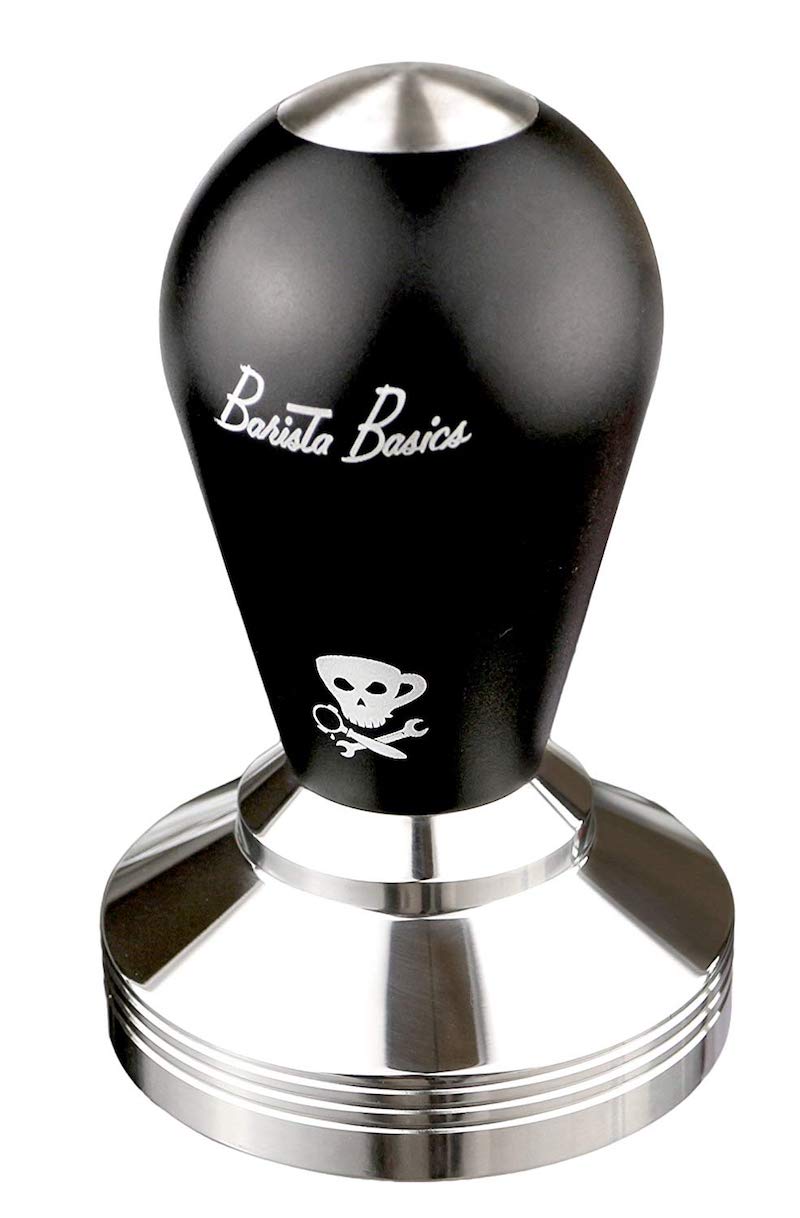 This is my 58mm espresso tamper of choice!

I stopped drinking coffee years ago. I drank mostly Barry's Gold Blend tea. Over the course of this summer I have gone on a serious fitness kick, lost 20lbs, gained a ton of muscle, and STOPPED DRINKING TEA (first thing, I still drink it later.)

Espresso is back, baby!

It was amazing how quickly, like with the first double shot, I regained my skill for tamping the grounds. Years ago I was a mess, failing to level the tamped grounds correctly, or over tamping them so the h2o couldn't pass through.

This tamper has a skull on it. Get the metal, not the wood, because wood doesn't deal in the dish washer very well. I keep an alternate 58/51 tamper for when this one needs cleaning. It came with an earlier machine.

No longer easing myself into my day, I start it with a giant shock of espresso.

Talk about a strong cup of Joe! Italian authorities intercepted 130 grams of cocaine smuggled inside hundreds of hollowed-out coffee beans. The beans arrived from Colombia at Malpensa Airport where customs officers recognized the name of the recipient: Santino D'Antonio. That is the name of the mob boss in the movie John Wick: Chapter 2. […]

Crema is the red-brown foam that sits on top of a freshly made shot of espresso. But what is crema, actually, and how is it formed? Coffee expert James Hoffmann made this video to explain. He says that very early espresso machines did not produce crema. It wasn't until the mid-twentieth century, when high-pressure espresso […]