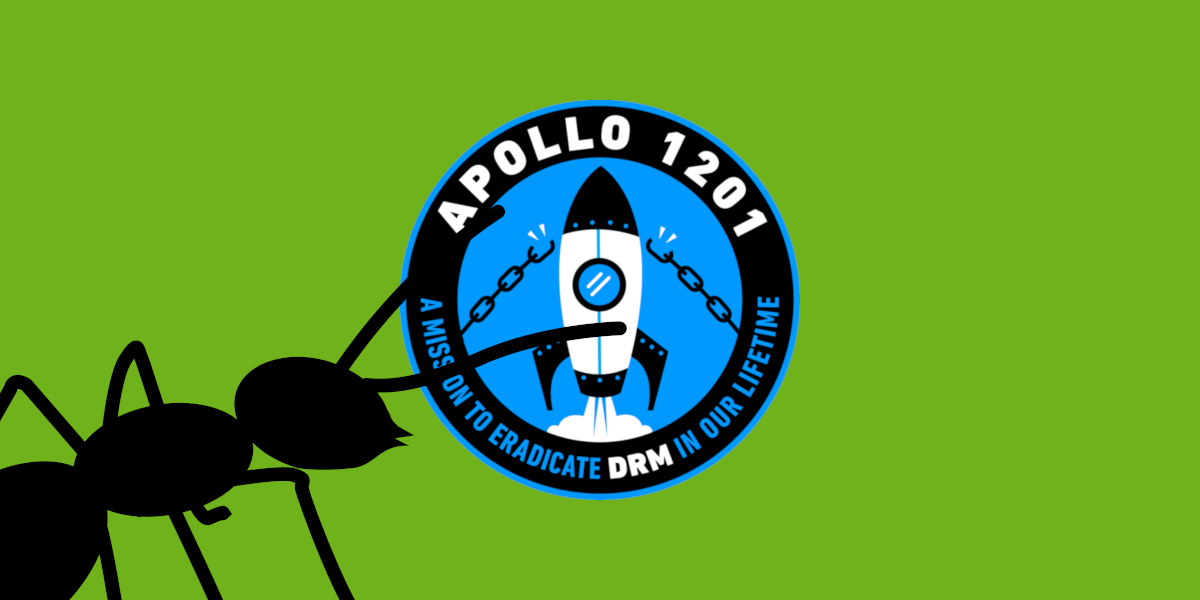 On this International Day Against DRM, I've published an editorial for EFF Deeplinks setting out a theory of change for getting us to a world without Digital Rights Management, where all our devices obey us instead of betraying us.

There is no clear, knowable path to success -- the terrain is unknowable, and dynamic, and adversarial, with big corporations constantly rearranging things to make our job harder. So instead of mapping out a pathway, we need to use heuristics, rules of thumb, to climb towards a better future.

At each juncture, we need to look for ways to influence law, code, norms and markets (thank you, Lessig!) to make the world more hospitable to technological freedom and more hostile to DRM. We need to enlist our friends by showing them that this isn't a fight about "copyright" or "DRM" -- it's about whether it's possible to audit their voting machines, choose whose insulin goes in their artificial pancreas, or, take their car to an independent mechanic.

We need to connect the fight against DRM to the bigger fights over surveillance, monopolism, and Net Neutrality -- without DRM-free devices, we can never achieve these goals.

The world is extremely inhospitable to the idea of using technology to make yourself more free, but that isn't surprising. The good news is that every day, more people are exposed to the consequences of un-free designs, and are ready to stand up for a better future.

Law, Norms, Code, and Markets: these are the four forces that former EFF Board member Lawrence Lessig first identified in his 1999 masterpiece Code and Other Laws of Cyberspace, the forces that regulate all our policy outcomes. The fight to rescue the world from DRM needs all four.

When we're hill-climbing, we're always looking for chances to invoke one of these four forces, or better yet, to combine them. Is there a business that's getting shafted by DRM who will get their customers to write to the Copyright Office? Is there a country that hasn't yet signed a trade agreement banning DRM-breaking, and if so, are they making code that might help the rest of us get around our DRM? Is there a story to tell about a ripoff in DRM (like the time HP pushed a fake security update to millions of printers in order to insert DRM that prevented third-party ink) and if so, can we complain to the FTC or a state Attorney-General to punish them? Can that be brought to a legislature considering a Right to Repair bill?

On the way, we expect more setbacks than victories, because we're going up against commercial entities who are waxing rich and powerful by using DRM as an illegitimate means to cement monopolies, silence critics, and rake in high rents.

But even defeats are useful: as painful as it is to lose a crucial battle, such a loss can galvanize popular opposition, convincing apathetic or distracted sideliners that there's a real danger that the things they value will be forever lost if they don't join in (that would be a "normative" step towards victory).

As we've said before, the fight to keep technology free, fair and open isn't a destination, it's a journey. Every day, there are new reasons that otherwise reasonable people will find to break the tech we use in increasingly vital and intimate ways—and every day, there will be new people who are awoken to the need to fight against this temptation.