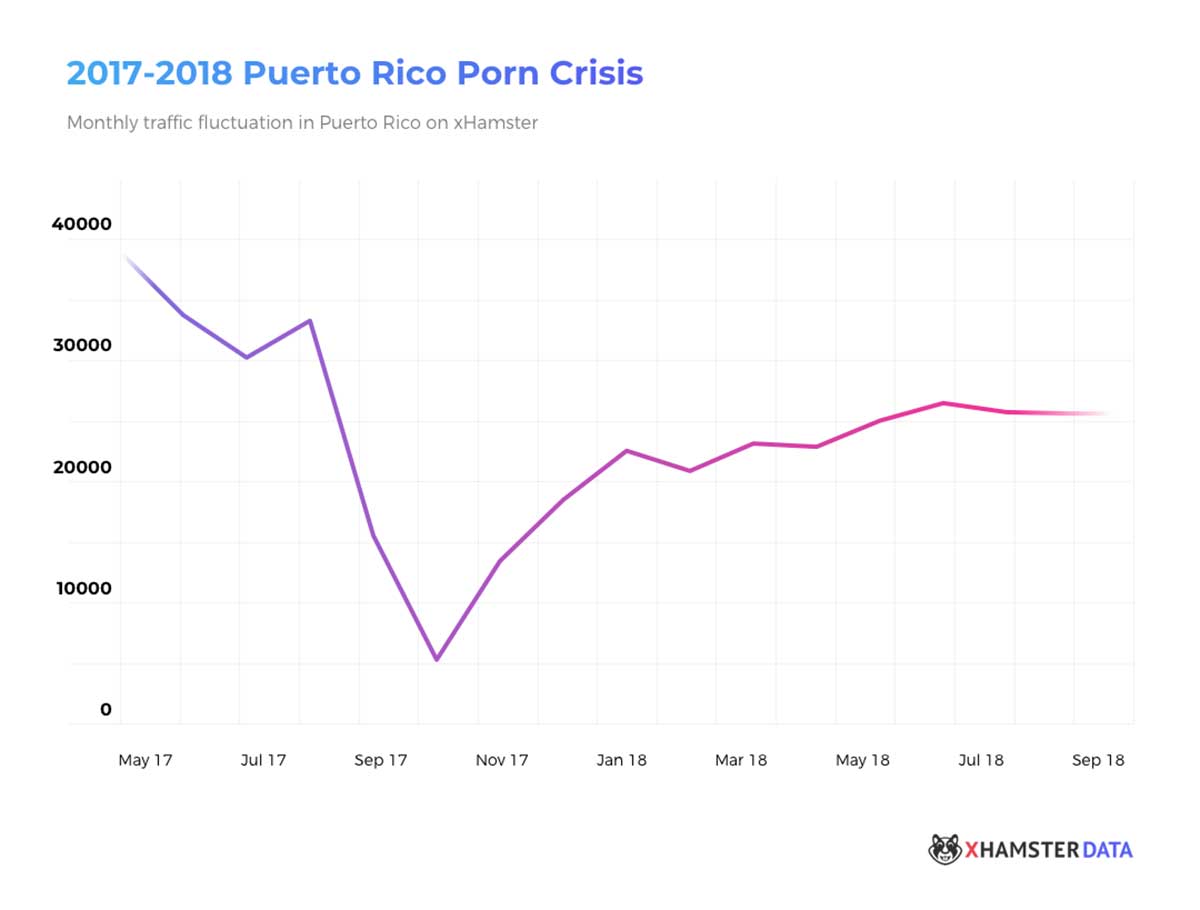 The data shows traffic from the island dropping -74.2% in the aftermath of the storm, then gradually recovering. However, a year later traffic to the site is down by over a fifth, or -20.1%.

Hawkins notes that other locations that suffered during the 2017-8 hurricane season, like Houston, have fully bounced back or have grown.

"What we're seeing is inconsistent with some of the claims made by officials that show a full recovery in Puerto Rico. It also disproves claims that Puerto Rico's power grid erratic prior to the storm. We're still seeing a drastically different landscape on the Island than what we're hearing on the news."

After weeks of mass demonstrations touched off by the publication of a trove of leaked chats and evidence of mass corruption by Puerto Rico's Center for Investigative Journalism, Ricardo Rossello has done what he swore he would not: resigned.

Two weeks ago, Puerto Rico's Center for Investigative Journalism published one of the most consequential investigative stories in the island's history: a trove of leaked private Telegram chats between Governor Ricardo Rossello and his most senior advisors and officials, in which the group use crude, homophobic and misogynist labels to mock and degrade opposition figures, […]