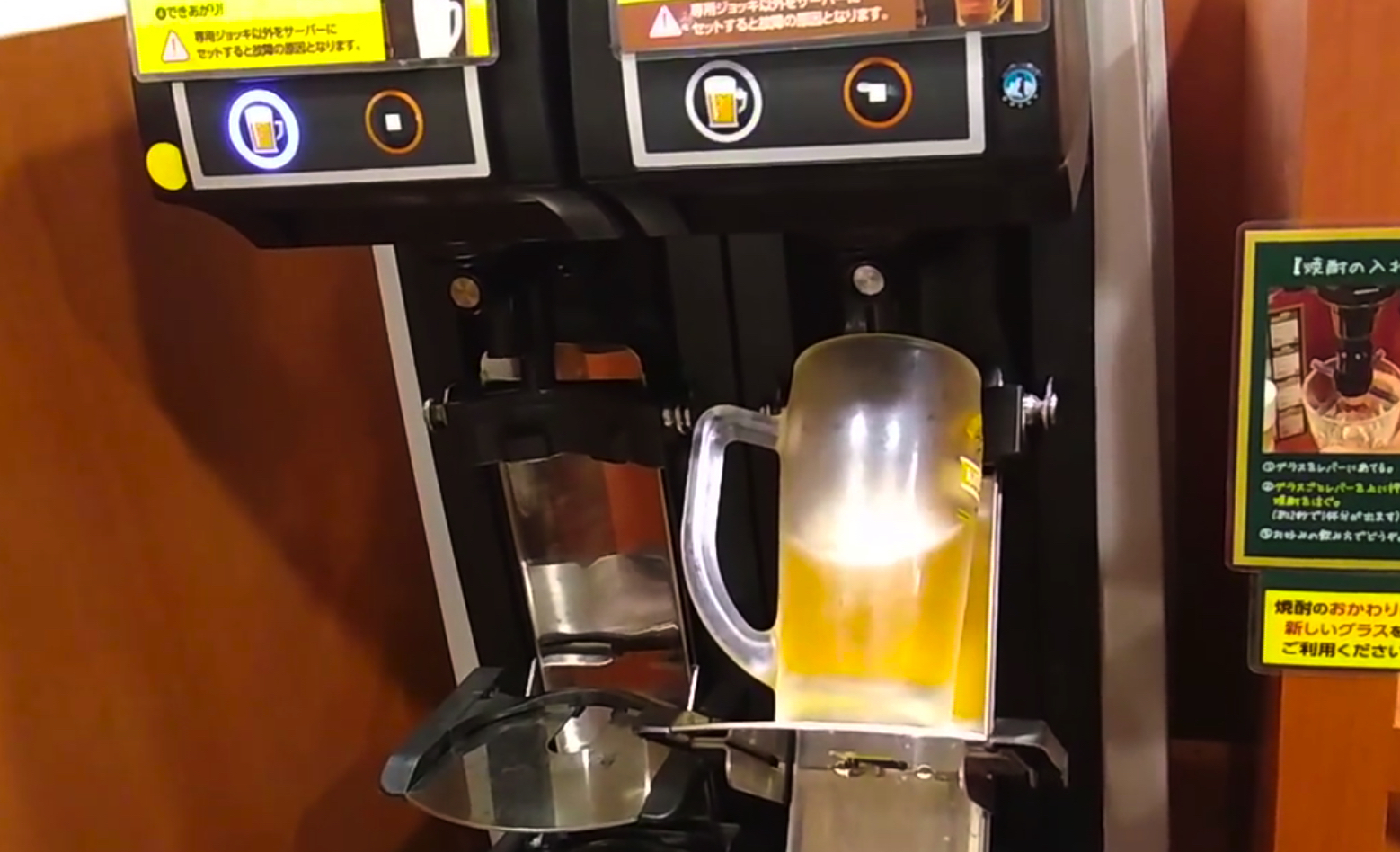 It's in a Japanese "all-you-can-drink" restaurant, which sounds like a splendid idea. Note how it performs a correct angled pour, with headspit finish, to provide a superior pint.