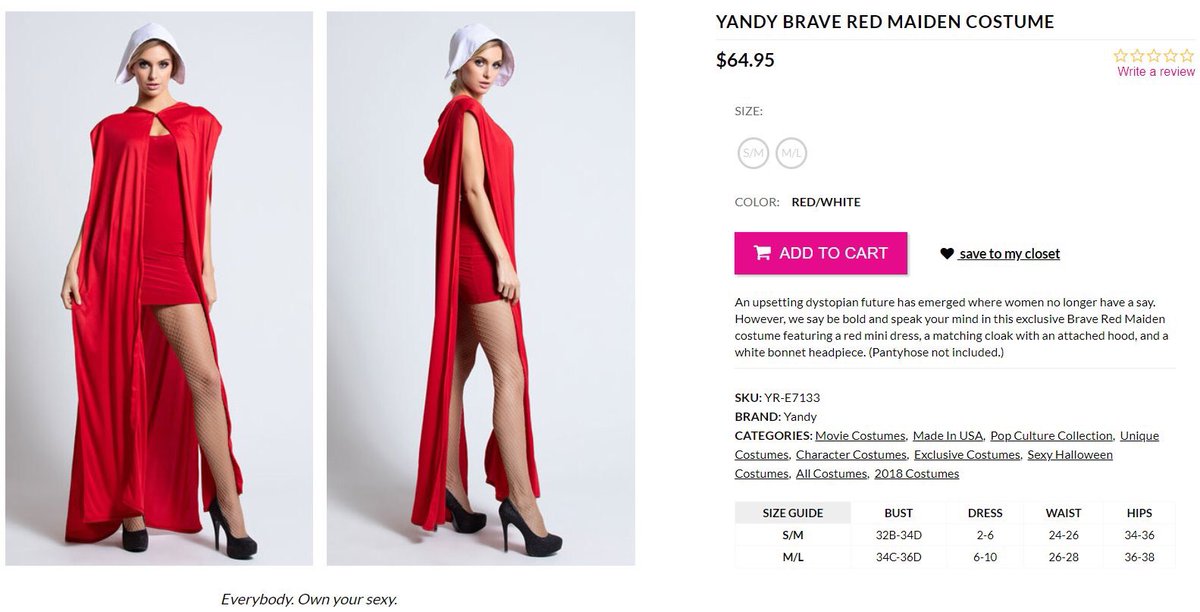 "An upsetting dystopian future has emerged where women no longer have a say," declared the product description. "However, we say be bold and speak your mind in this exclusive Brave Red Maiden costume featuring a red mini dress, a matching cloak with an attached hood, and a white bonnet headpiece. Pantyhose not included."

Sorry, but it's gone now.