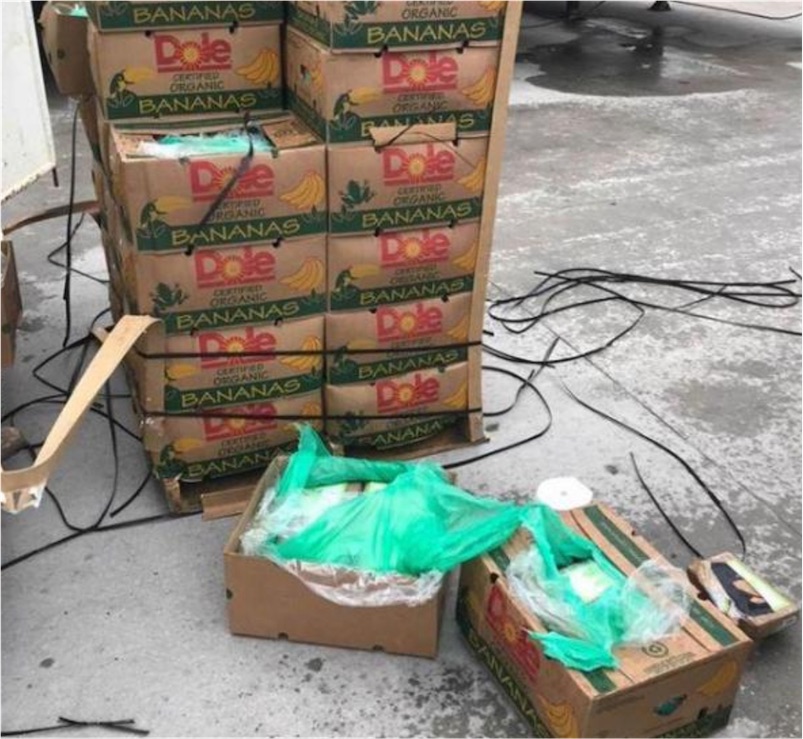 Ports of America in Freeport, Texas donated 45 boxes of ripe bananas to the nearby Wayne Scott Unit prison. When the prison officers unloaded the boxes, they "discovered something not quite right."

"One of the boxes felt different than the others," TDCJ (Texas Department of Criminal Justice) said in a statement. "They snipped the straps, pulled free the box, and opened it up. Inside, under a bundle of bananas, he found another bundle! Inside that? What appeared to be a white powdery substance."