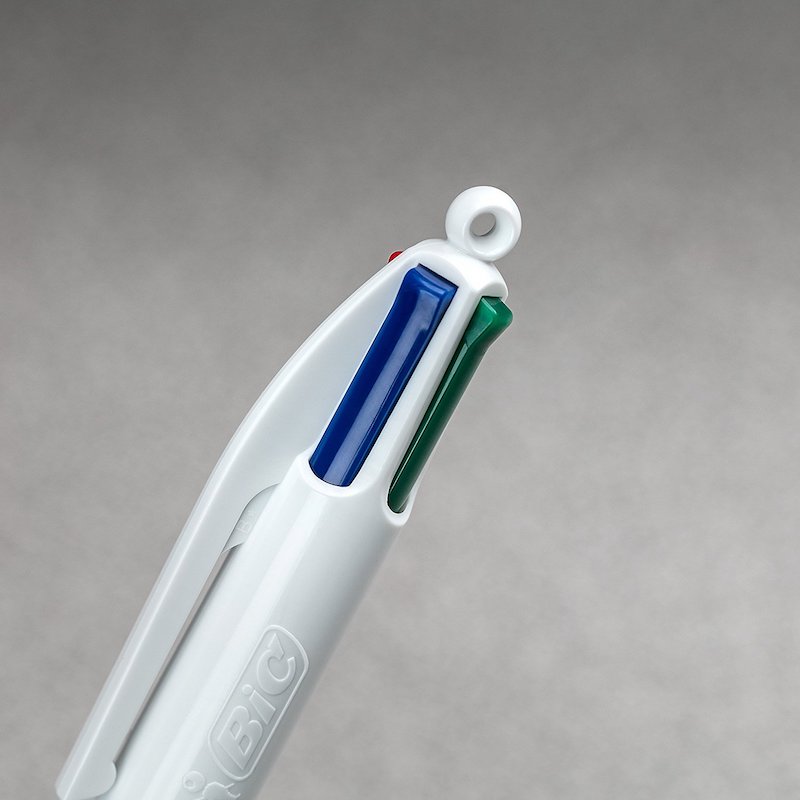 Not particularly wonderful to write with, but awesome none-the-less, I had to have a BIC 4 color pen.

I spent most of second grade taking these pens apart, and putting them back together. Taking the color indicators and mixing them up, or making a pen with all black indicators, or all red, or all blue. You know, making a 4 color pen into a 1 color pen with 4x the ink... FUN!

Maybe the first pen I ever coveted, the BIC 4 color remains a blast.