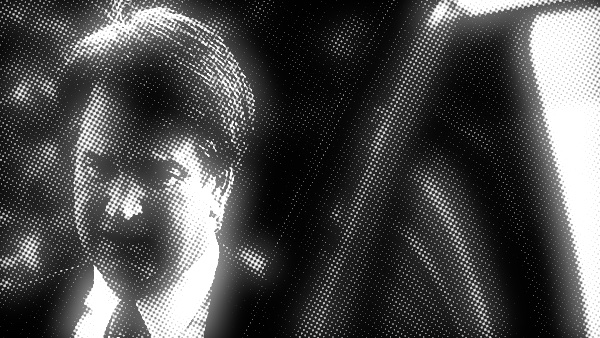 Attorney Michael Avenatti told MSNBC's Rachel Maddow that his client, whom he describes as a “witness and a victim,” is going to come forward within the next 48 hours with new allegations against Donald Trump's Supreme Court nominee Brett Kavanaugh.

Avenatti describes his client as a "witness and victim" and says she will make her allegations public within the next 48 hours. pic.twitter.com/RLscXvFE9y

Just before the television interview, host Rachel Maddow read from what appears to be a list of questions drafted by Avenatti for witnesses of a claimed gang rape oragnized by Kavanaugh and his longtime friend and alleged drinking buddy Mark Judge.

The Supreme Court nominee is apparently going to be accused by Avenatti of participating in gang rape.

My e-mail of moments ago with Mike Davis, Chief Counsel for Nominations for U.S. Senate Committee on the Judiciary. We demand that this process be thorough, open and fair, which is what the American public deserves. It must not be rushed and evidence/witnesses must not be hidden. pic.twitter.com/11XLZJBTtY

Avenatti told Rachel Maddow that “Mark Judge and Brett Kavanaugh were joined at the hip” in their high school days.

Michael Avenatti on why Mark Judge is relevant to the Kavanaugh case pic.twitter.com/lDByu7GUb7

"I'm confident that those facts and circumstances are going to be disqualifying for Brett Kavanaugh," he said tonight.

@DougLInney being interviewed at the #FlipThe14 fundraiser in downtown Los Angeles, where @MichaelAvenatti is due to speak soon. pic.twitter.com/7Agi2b7M4c

If Brett Kavanaugh has nothing to hide and claims all of this is a smear campaign than why doesn’t he call his good friend Mark Judge to testify publicly before the Committee? Why isn’t he pushing for Mark Judge to appear? What is he hiding? #Basta

Why are Mr. Davis, Sen. Grassley, etc. refusing to hear from Mark Judge. He is likely the most important witness in the process and yet they are attempting to hide his testimony and prevent the truth from emerging. He should be subpoenaed to testify NOW so the truth can be known.

.@MichaelAvenatti tells Maddow he represents woman who is "a witness & victim" to Kavanaugh's sexual misconduct. He says she'll speak out before the hearing on Thursday

"This woman will prove to be credible and we are hopeful that the committee will launch an FBI investigation." pic.twitter.com/a0vuqHJRtR

How is Avenatti giving live interviews on two networks at the same time? pic.twitter.com/acg0kufGyC

@MichaelAvenatti vows he‘ll provide specific evidence about Kavanaugh “within the next 48 hours,” including the identity of the woman accuser. He claims to @ChrisCuomo he has corroborating evidence. He says he has more than one client but just one of them wants to come forward

Judge Kavanaugh thinks being a virgin, defined as not ever having had intercorse, is exculpatory for an allegation of attempted rape.

Michael Avenatti says the woman, whom he represents, has multiple security clearances and will “literally risk her life’’ by coming forward. https://t.co/8mPVAaikgj

Rachel Maddow said @MichaelAvenatti was about to detail his client's allegations in a live interview tonight.

Then, while continuing to withhold his client's name and her allegations, Avenatti called multiple times for a delay on a Kavanaugh vote. No add'l details were given.