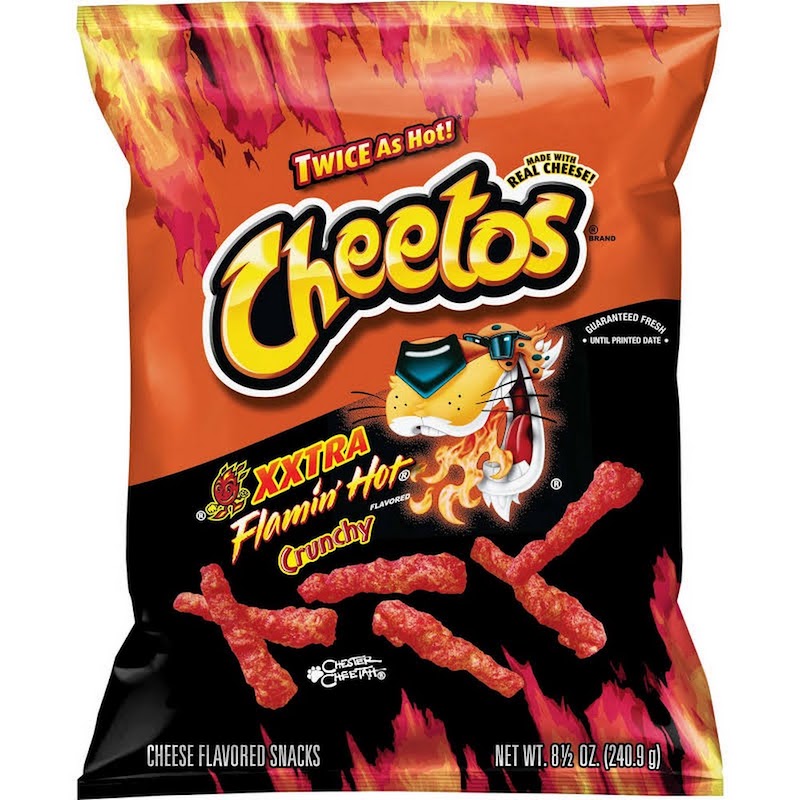 Apparently the flaming hot cheetos caused him to both bleed internally, and to vomit blood. Having had these cheetos, I do not understand the attraction.

On Tuesday, the 22-year-old alarmed fans by posting a photo of himself in the back seat of an ambulance on his Instagram story.

He quickly posted a new clip revealing: "I was in the hospital not due to any drugs but I guess I ate too many Hot Cheetos and it ripped something in my stomach open so I puked a little blood".

It's not the first time the snacks have been in the news because of health concerns.
In July, a mother said snacks, including Hot Cheetos, may have been partially to blame for her daughter's gallbladder surgery.

She said the teen regularly ate bags of corn snacks before stomach pains led to the operation.

San Francisco poet and musician Watsky is attempting to freestyle rap for 33 straight hours to raise money for the Sweet Relief Musicians Fund supporting musicians and music industry workers affected by COVID-19. From the YouTube page: how does watsky pee? – he has a mic on his shirt, continues to rap, and pees standing […]

In 1997, The Notorious B.I.G. (aka Biggie Smalls) visited the Manhattan offices of The Source, then the most influential hip hop publication in the world. Biggie was there for a photo shoot and took off his size 52 pleather belt to change clothes. He told Source writer Rigo "Riggs" Morales to hold on to the […]