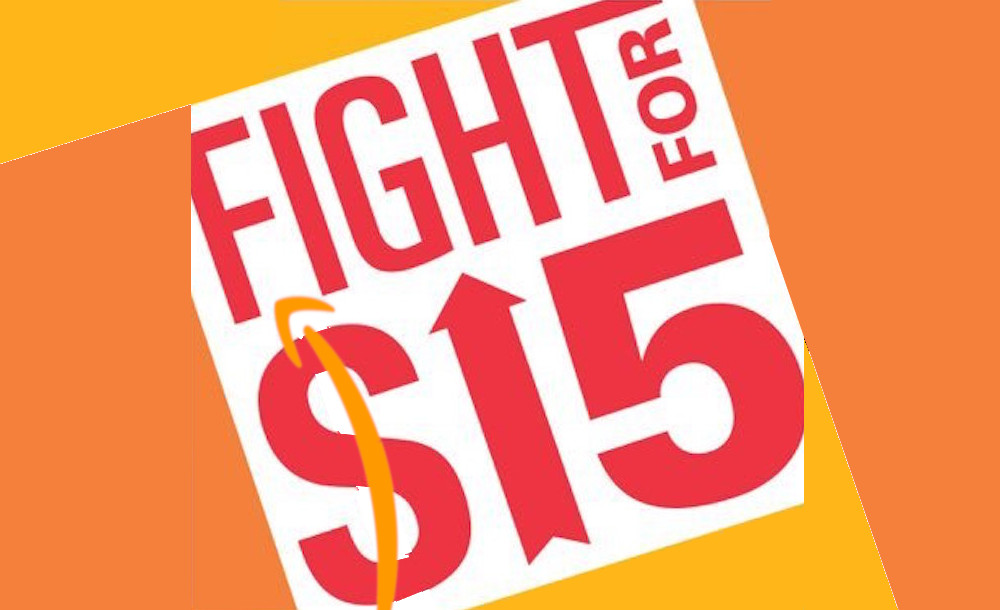 First, Disney announced that all its salaried workers would get a raise to $15/hour (with more raises to come); then Bernie Sanders announced legislation named after Jeff Bezos that would send companies an invoice for any food, housing or other subsidy their sub-starvation-wage employees received.

Now, Amazon has announced a $15 minimum wage for all its salaried employees, representing a major victory for Fight For $15, a labor justice movement that has demanded a $15 national minimum wage, and than has taken up related struggles, like fighting sexual harassment in the workplace and helping with unionization drives.

However, Amazon's most notoriously abused and underpaid staff aren't employees: they're third-party contractors who face wage-theft and brutal working conditions.

These workers won't benefit unless Amazon institutes a policy on contractors and subcontractors -- or unless Fight For 15 is successful in winning a national minimum wage.

Update: Ars Technica reports that the policy will apply to temps; it's not clear whether that covers contractors and subcontractors.