When Mickey Mouse was sent to a Nazi concentration camp 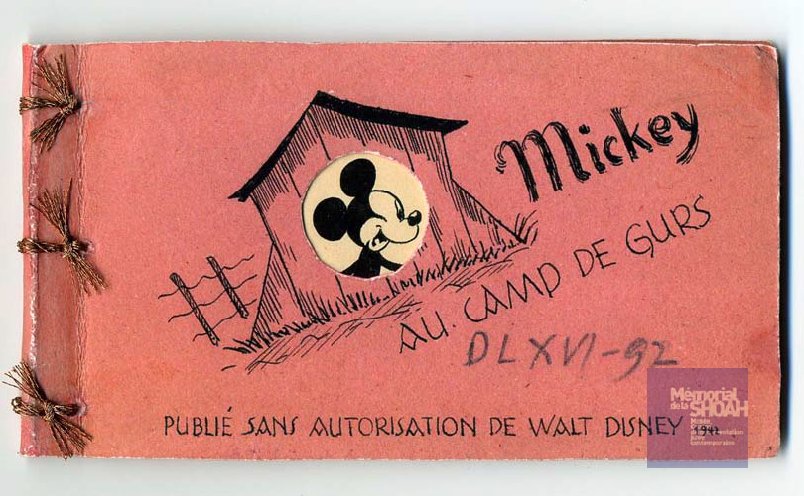 In 1942, Horst Rosenthal was sent to the Vichy concentration camp Gurs, where he drew a comic-book that survived him: Mickey au Camp de Gurs, it tells the story of Mickey Mouse being snatched from the street and sent to Gurs, and features a tour of Gurs that uses a brave face of humor to cope with enormous suffering.

Two more of Rosenthal's comics from Gurs survive; Rosenthal did not. He was sent to Auschwitz and killed on arrival.

Alister Wedderburn, a researcher at the Australian National University's department of International Relations, has documented Rosenthal's story in a new paper in Millennium: Journal of International Studies entitled Cartooning the Camp: Aesthetic Interruption and the Limits of Political Possibility (Sci-Hub mirror).

This is the cover of one of the most extraordinary texts I am aware of: Mickey au Camp de Gurs, a comic strip drawn by Horst Rosenthal in 1942. Rosenthal drew it while a detainee in Gurs, a concentration camp in Vichy France. 1/n pic.twitter.com/emJR6zVWXy