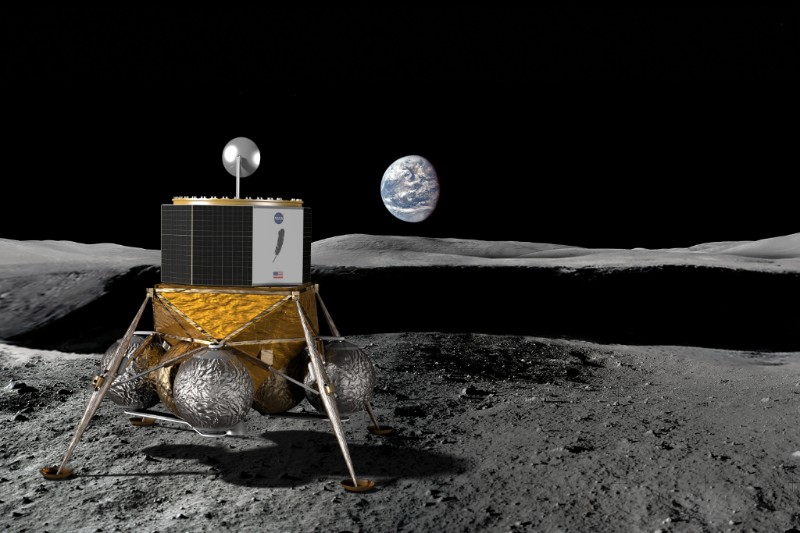 Jeff Bezos's commercial spaceflight company Blue Origin is developing a lunar lander to deliver Amazon packages to the moon. Well, the first part is true and I'm sure the last part eventually will be too. The lander, currently in the concept development phase, is called Blue Moon. From Blue Origin:

Blue has joined leading space companies and agencies to support the creation of The Moon Race, a non-profit working to launch a competition for teams looking for a ride to the lunar surface. The goal is consistent with our aim to land large payloads on the Moon that can access and utilize the resources found there. We’re supporting this initiative, along with ESA, Airbus, and other entities seeking to foster the next generation of lunar exploration – with Blue Moon and New Glenn (the company's commercial launch vehicle).

According to the Moon Race website, teams will be able to sign up in 2019, with prototypes due in 2020 and technology development – including a test in a lunar-like environment – targeted for some time in 2021. That would set the stage for a moon mission in for 2024. Teams will have the chance to apply for parallel technology streams in manufacturing, energy, resources and biology, contest organizers explained.

"We're excited to be a part of an international collaboration to build a sustained presence on the moon. #BlueMoon and #NewGlenn will help us get back to the moon, and this time to stay," Blue Origin said in a statement on Twitter. Blue Moon is a proposed Blue Origin spacecraft to send cargo to the moon, while New Glenn would ferry people.