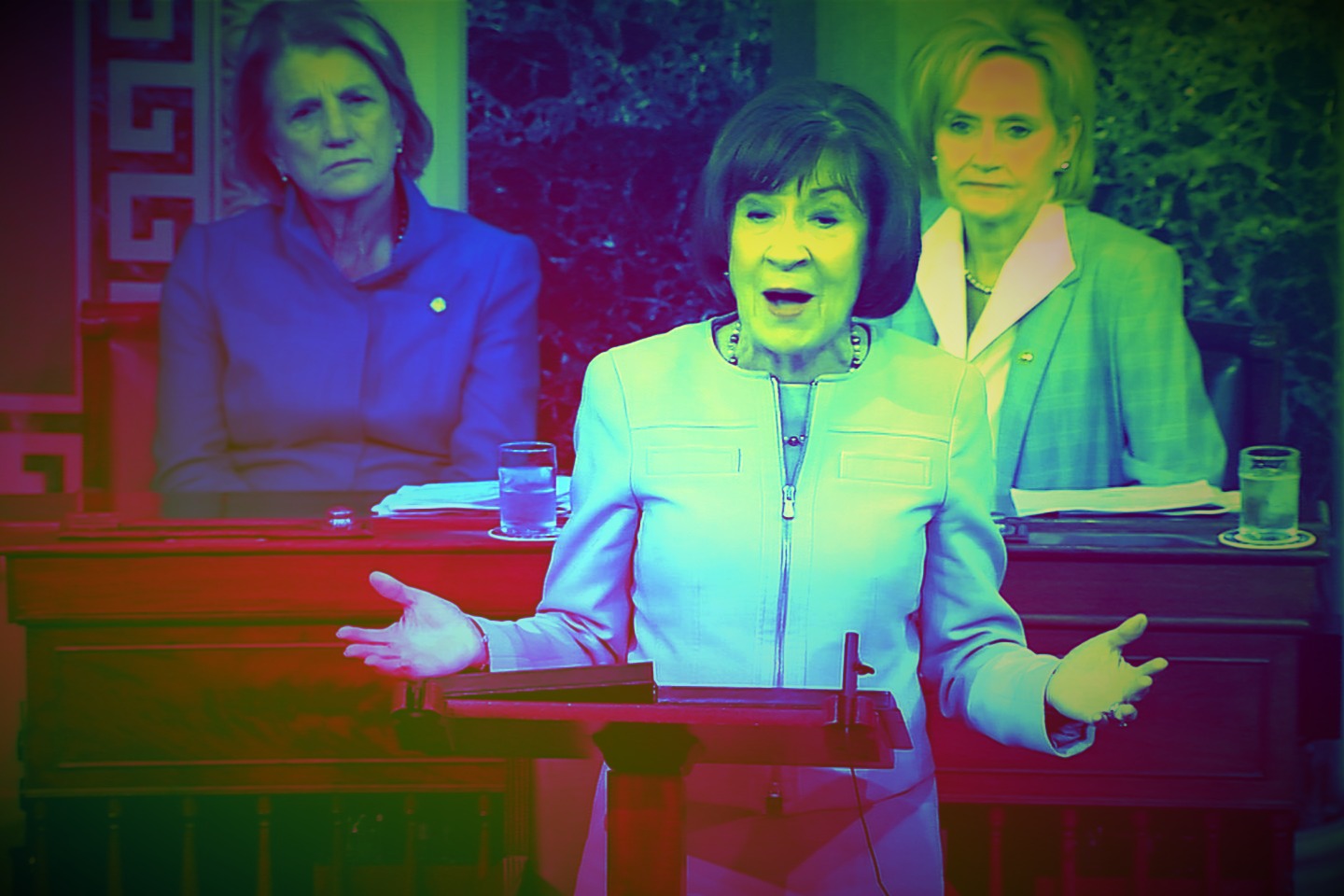 Republican senator Susan Collins of Maine gave a lengthy speech in the Senate today, announcing she'll vote in support of Donald Trump's Supreme Court nominee Brett Kavanaugh. The judge is an accused serial sexual assaulter who repeatedly lied to lawmakers under oath during his confirmation hearings. It looks like Collins will cast the deciding "yes" vote to place Trump's dirty candidate on the nation's highest court.

“As she delivered her lengthy speech on the Senate floor, a crowd-funding site created to fund a Democratic challenge to Collins in 2020 crashed,” Rolling Stone reports.

“This entire process was up to Collins,” says Amy Halsted, co-director of Maine People’s Alliance, which launched the campaign. “And today she did the wrong thing.”

The Crowdpac campaign, which the progressive grassroots organization started with the express purpose of swaying Collins’ vote on the Kavanaugh nomination, had raised more than $2 million before Collins’ speech.

Halsted was listening to Collins on the radio while picking her children up from school. She hadn’t heard, when contacted by Rolling Stone, that the site had crashed under the weight of requests, but she says, “it doesn’t surprise me that the website is crashing because people are mad.”

“This vote is a complete betrayal of Maine voters, of the women who have called her offices, and written letters and organized phone banks and attended rallies and told their very deeply painful stories to her and her staff. I think it’s the end of whatever legacy she has worked so hard to achieve as a moderate,” Halsted ssays. “I don’t think Mainers will forget this vote.”

Collins won reelection in Maine with 67 percent of the vote in 2014, but her home state support has dropped in recent months. A Suffolk University poll in early August found that less than 50 percent of respondents had a favorable opinion of the Republican senator, and a Public Policy Polling survey conducted just this week found that more than half of Maine voters thought Kavanaugh’s nomination should be rejected, and 49 percent said they would be less likely to support Collins if she voted to confirm.

Voters, Halsted said, “are ready to support a senator from Maine who is going to stand up for Mainers and do what’s right for the country, regardless of political party — and I think people realize Susan Collins is not that senator.”

Republican White Women Are Not Going To Save Your Ass From The Patriarchy, part umptybillion

Many candidates are lining up to take Collins' place in the Senate. This should be interesting.