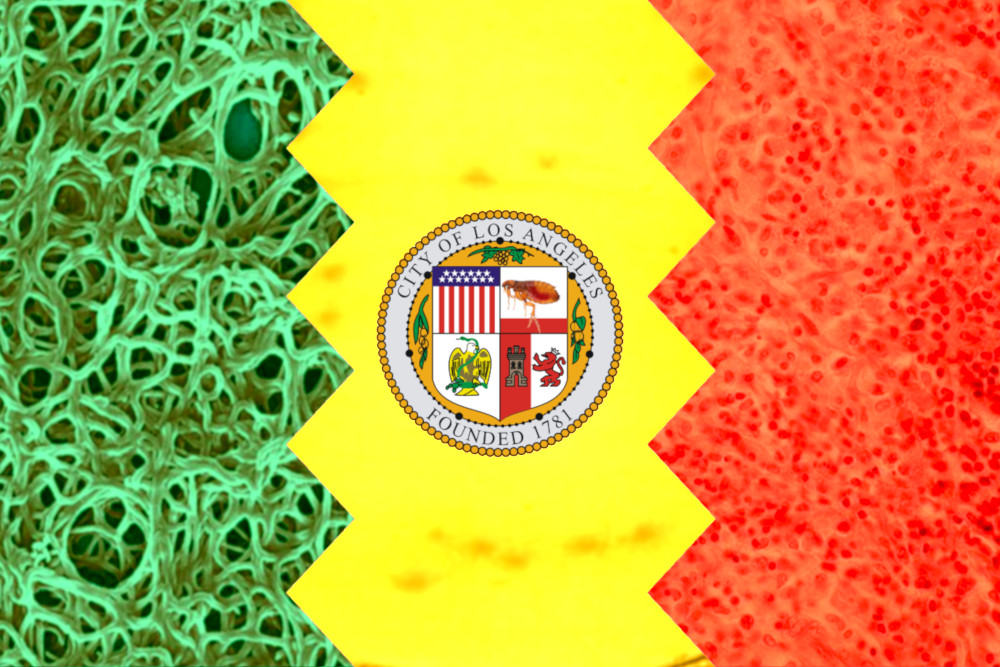 Los Angeles county has some 104,000 homeless people, thanks to a real-estate bubble that has priced housing out of reach of working people, while programs to reduce homelessness have been incoherent and unwilling to take the only proven step for reducing homelessness.

The circumstances that lead to housing bubbles and homelessness are described as a set of individual choices and thus individual responsibility: if you save and are willing to settle, you can get a roof; if you have too many kids or if you're not willing to move somewhere cheaper, you sleep rough.

But housing isn't just an asset class, it's a human necessity and a human right. Housing crises in LA and other major cities are unsolvable for so long as housing stock is viewed as an investment vehicle first and a critical part of the city last.

Homelessness afflicts everyone in a city, not just the people sleeping on the streets or in parks. That's because the human race has a shared microbial destiny: the diseases of homelessness are not contained within homeless populations. Rich people may have better medicine and better food, they may be protected by armed cops, but you can't shoot germs.

So the epidemic of typhus fever -- spread from flea feces into humans through contact with broken skin or mucous membranes -- that has struck Los Angeles is a reminder that housing is our shared responsibility and homelessness is an (unevenly) shared tragedy that afflicts everyone.

I've had typhus. I lost 40 pounds in six weeks, running fevers so high I hallucinated, while my joints ached and my ears rang so loud I couldn't hear.

Andy Bales, the CEO of the Union Rescue Mission, which has nearly 1,400 beds for those fleeing or avoiding downtown's Dickensian streets, said, "The conditions on Skid Row are ripe for even more serious issues than this."

In 2014, Bales had a leg amputated after he was exposed to flesh-eating bacteria downtown.

The office of Mayor Eric Garcetti said it's on the case.

"We're deploying every available resource to help control and stop this outbreak," mayoral spokesman Alex Comisar said via email. "The City and County have formed a dedicated task force through our Unified Homelessness Response Center to keep Angelenos safe, and ensure everyone gets the treatment they need as quickly as possible."