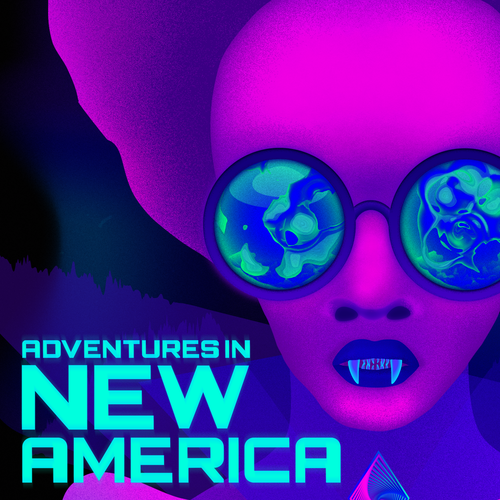 Adventures in New America is a full-cast serial drama from Night Vale Presents (previously), a piece of acerbic and engrossing afrofuturism in the form of a buddy comedy; Episode One (MP3) just dropped.

The New York Times called it "sympatico with Boots Riley’s 'Sorry to Bother You' in its critique of entwined capitalist and racist structures, and the way it makes the horrific funny recalls the new era of social thriller being ushered in by the sketch show creator-turned auteur Jordan Peele."