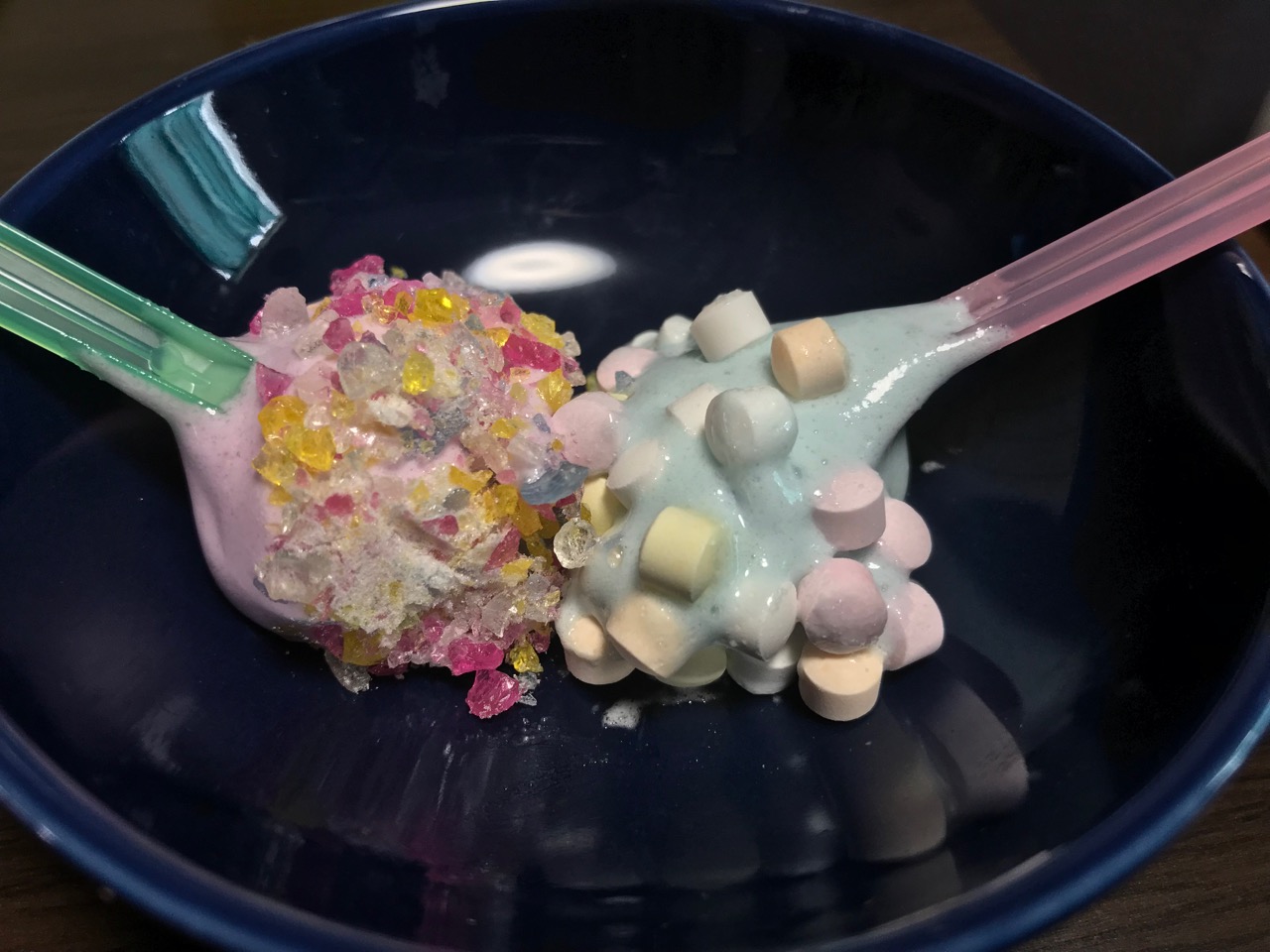 These candies have been around for awhile in Japan, but I can't help but think that with the slime craze that's been all over Youtube for the last few years, kids in other countries might truly appreciate the ooey gooey goodness of Japanese Nerunerunerune candies.

The company Kracie was established in Japan in 1887 as the Tokyo Cotton Trading Company. It produces everything from pharmaceuticals to cosmetics to -- you guessed it -- candy.

But what is special about Kracie's super cute sweets is that they are actually do-it-yourself treats. The two I made are called Nerunerunerune (kneading, kneading, kneading). Powder is shaken into a plastic receptacle, water is measured and stirred in, beautiful colors are made (lavender and yellow in my case). Next, a second package is added and the vigorous kneading or stirring occurs. The goop changes colors again. It fluffs up and turns into very fragrant slime! Finally, the dollops of sticky goodness can be dipped into either rainbow-colored crushed pop rocks or tiny sweet tarts and eaten.