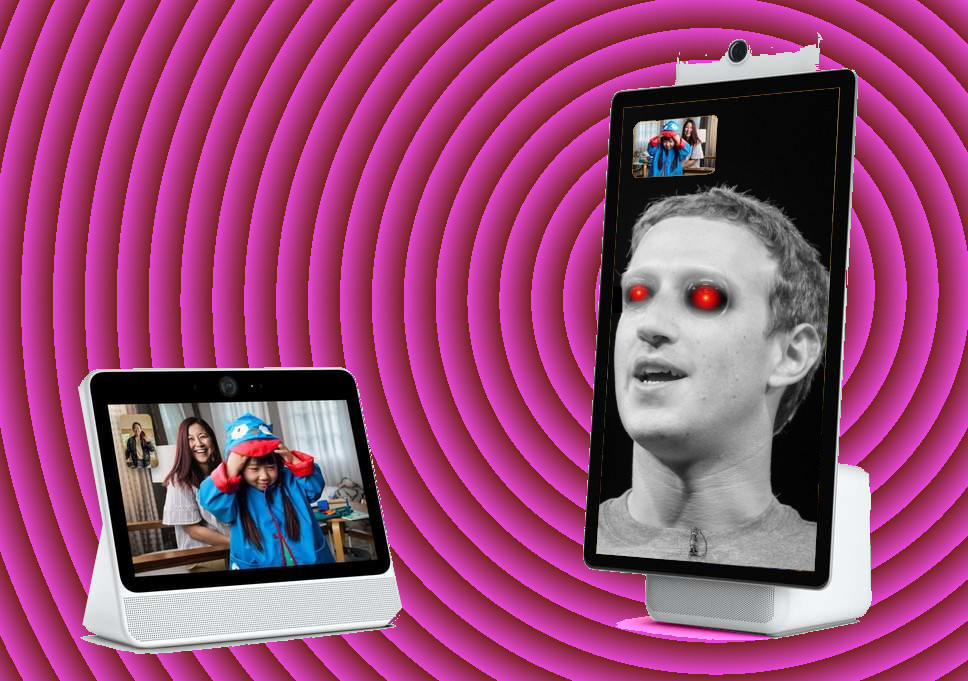 Facebook's newest product is "Portal," a home camera intended to follow you from room to room while you videoconference.

The product is presumably overseen by Consumer Hardware VP Andrew Bosworth, last seen telling female Facebook employees to shut the fuck up about the company's top lobbyist throwing a victory party for serial rapist Brett Kavanaugh on the eve of his lifetime appointment to the Supreme Court.

As Taylor Hatmaker writes on Techcrunch, there's a lot of tone-deafness in the launch of this product. It's not just the obvious creepiness of letting a company that can't go ten minutes without another privacy (or, you know, genocide) scandal breaking put cameras all over your house -- there's also the fact that the company has spent more than a decade making official pronouncements about the foolishness of making its own hardware.

This stuff sounds okay, but it’s standard. And, like any Facebook product testing the waters before turning the ad hose on full-blast, it’s all subject to change. For example, Portal’s camera doesn’t identify who you are, but Facebook commands a powerful facial recognition engine and is known for blurring the boundaries between its major products, a habit that’s likely to worsen with some of the gatekeepers out of the way.

Facebook does not command a standard level of trust. To recover from recent lows, Facebook needs to establish an extraordinary level of trust with users. A fantastic level of trust. Instead, it’s charting new inroads into their lives.