Man under suspicion for babysitting while black 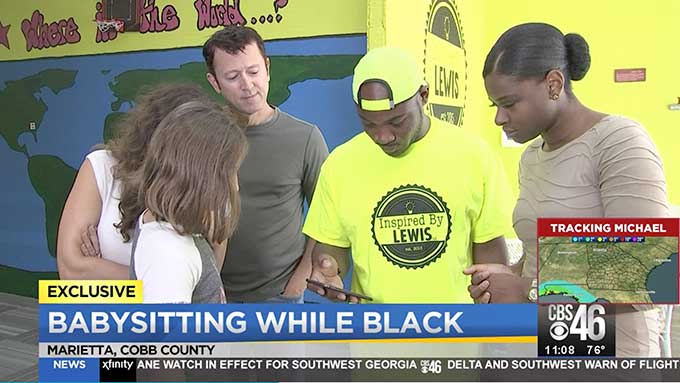 A black man babysitting two white children was followed by a white woman for nearly an hour.

The officer questioned the 10-year-old and the 6-year-old before calling their parents.

[Parents] David Parker and Dana Mango were in disbelief.

“I said are you saying that because there’s an African American male driving my two white kids, that he was stopped and pulled over and questioned and he said, 'I’m sorry ma’am that’s exactly what I’m saying,'” Dana Mango told CBS46.

The East Cobb couple arranged for Lewis to babysit their children weeks ago.