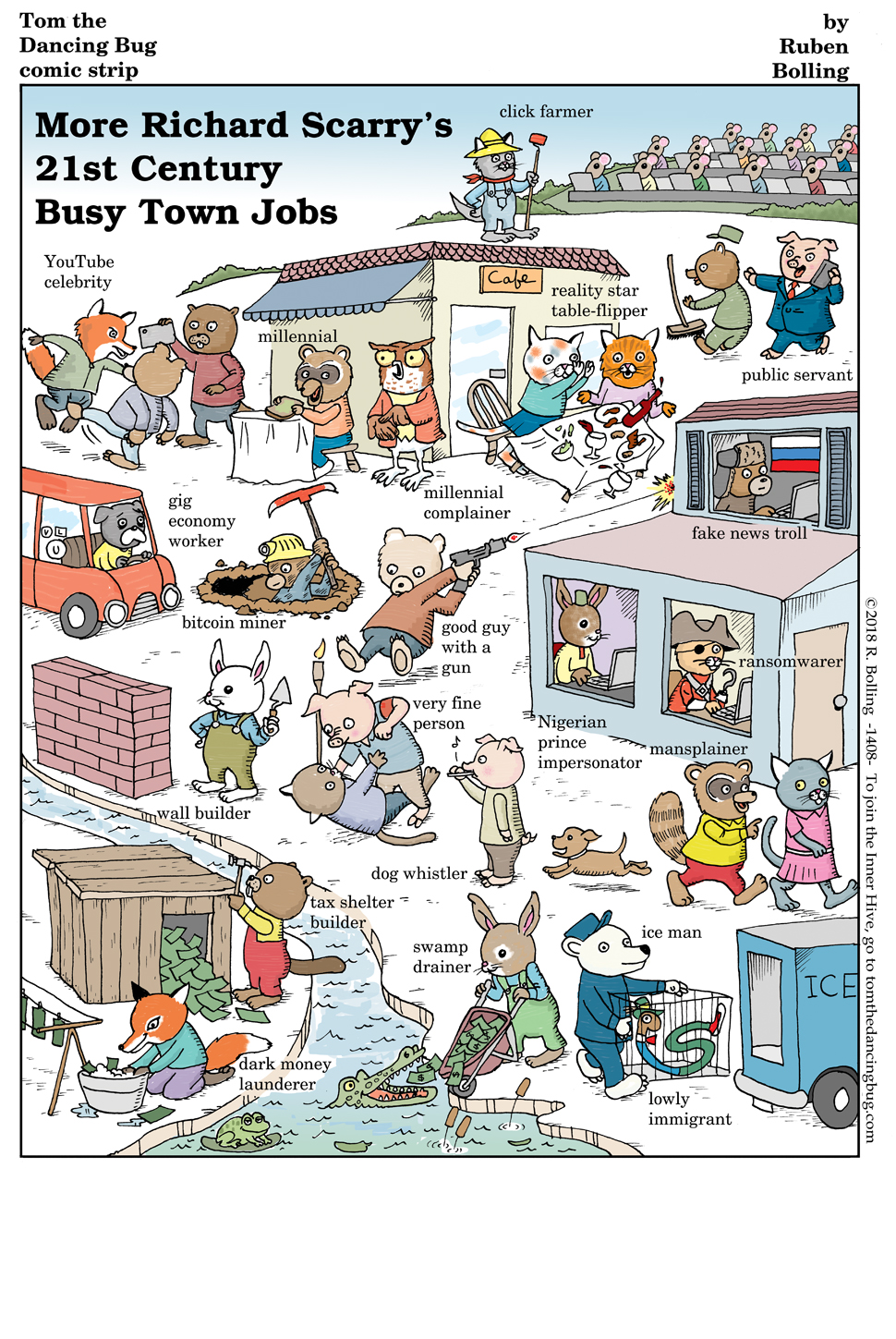 Tom the Dancing Bug, IN WHICH the classic childrens' book series is again brought into contemporary times.

JOIN the Tom the Dancing Bug team by signing up for the INNER HIVE -- you'll get exclusive early access to comics, extra comics, commentary, and much more.