Someone buys BrettKavanaugh.com and creates a site for sexual assault survivors 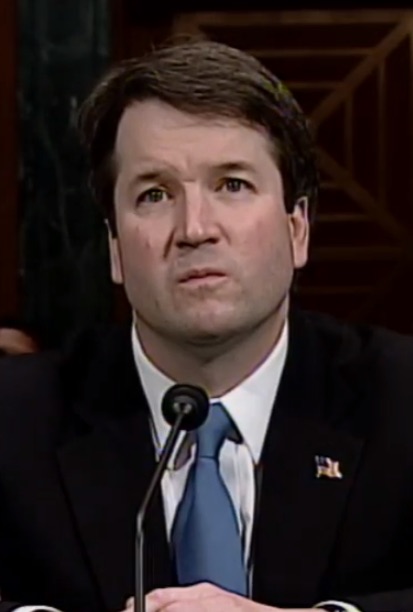 Brett Kavanaugh is a name that leaves a bad taste in many mouths, but the name is now being put to good use with BrettKavanaugh.com (or .org/.net). Because the new Supreme Court Justice, accused of sexual assault by three women, didn't think to buy BrettKavanaugh.com, it's now a site for sexual assault survivors. WE BELIEVE SURVIVORS it says as its opener. And then:

The start of Brett Kavanaugh’s tenure on the Supreme Court may look like a victory for one interest group or another.

But, more importantly, it is putting a national focus on the issue of sexual assault – and how we as a country can and should do more to prevent it and to support those who have experienced it.

This past month, thousands of survivors came forward to tell their stories. We applaud your bravery. We believe you.

The site links to outside resources, including End Rape on Campus, National Sexual Violence Resource Center, and Rape, Abuse and Incest National Network.

According to Mashable, "The domains were purchased by an organization called Fix The Court, which pushes for accountability and transparency in the Supreme Court."

On Saturday night, a blackout darkened Manhattan’s West Side for several hours. But that didn’t stop cast members from several Broadway shows, and Carnegie Hall, from performing. Not in their scheduled stage performances but impromptu ones outside on the sidewalks. The New York Times: The electricity failed about an hour before curtain for most shows, […]