Woman kicked off plane for bringing her emotional support squirrel 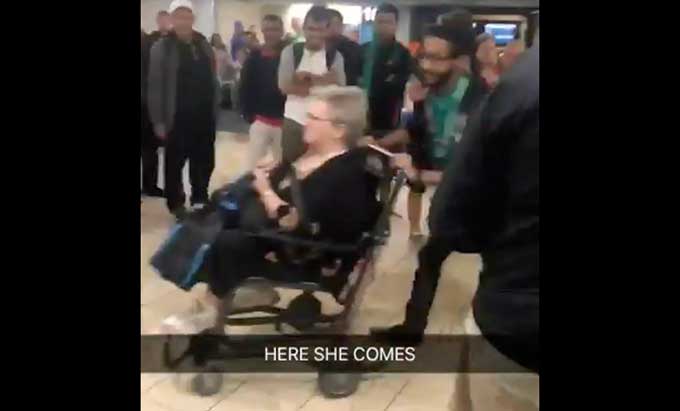 Frontier Airlines thought the idea of an emotional support squirrel was nutty, so they asked the woman who'd brought a bright eyed and bushy tailed companion on board a flight bound for Cleveland to vacate.

She refused, so Frontier made all the other passengers deplane so police could escort human and rodent off the plane. The crowd of deplaned passengers jeered and clapped as she was escorted out of the boarding area.

As the woman was taken away in a wheelchair, she gave the middle finger to jeering passengers, footage posted on Twitter shows. The flight eventually took off without the woman and her squirrel, but with a two-hour delay. Frontier—which, notably, has at least one plane with a squirrel on its tail—currently forbids “unusual or exotic animals including but not limited to rodents, reptiles, insects, hedgehogs, rabbits, sugar gliders, non-household birds or improperly cleaned and/or animals with foul odor,” and will only allow cats and dogs after a policy change on Nov. 1. It is unclear if the woman will face charges.

i just want everyone to know that all passengers had to deplane my flight to cleveland because a woman brought a SQUIRREL ON THE PLANE pic.twitter.com/TAdzUuKRWe