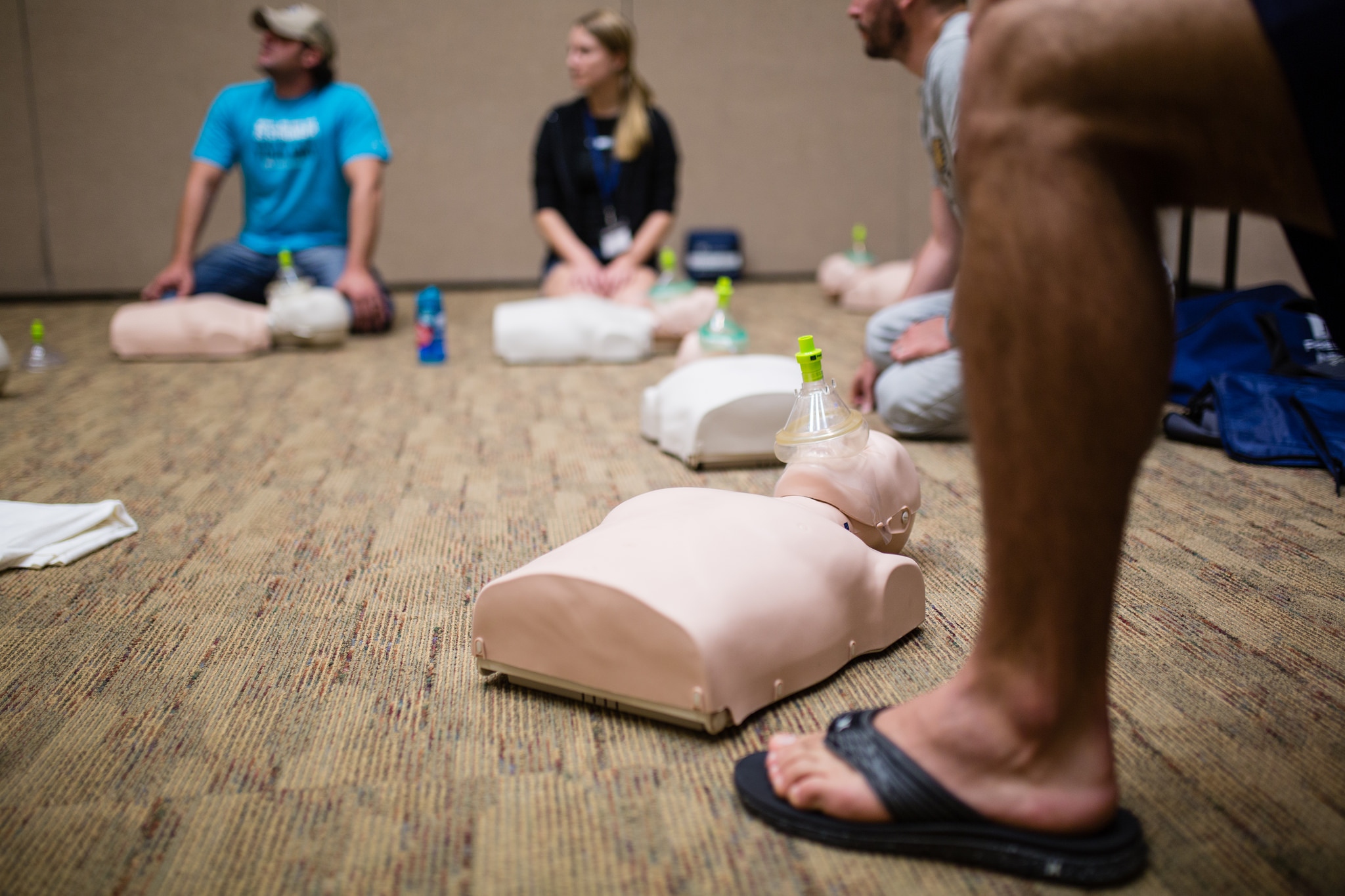 What's got 100 BPM and can save lives? All the songs on New York Presbyterian Hospital's "Songs to do CPR to," of course.

Their fact sheet explains how music can save lives:

Song examples include “Stayin’ Alive” by the Bee Gees, “Crazy in Love” by Beyoncé featuring Jay-Z, “Hips Don’t Lie” by Shakira” or “Walk the Line” by Johnny Cash. People feel more confident performing Hands-Only CPR and are more likely to remember the correct rate when trained to the beat of a familiar song.

When performing CPR, you should push on the chest at a rate of 100 to 120 compressions per minute, which corresponds to the beat of the song examples above.

The most apropos song on the list? Probably The Bee Gees' "Stayin' Alive":

photo by No Barriers USA