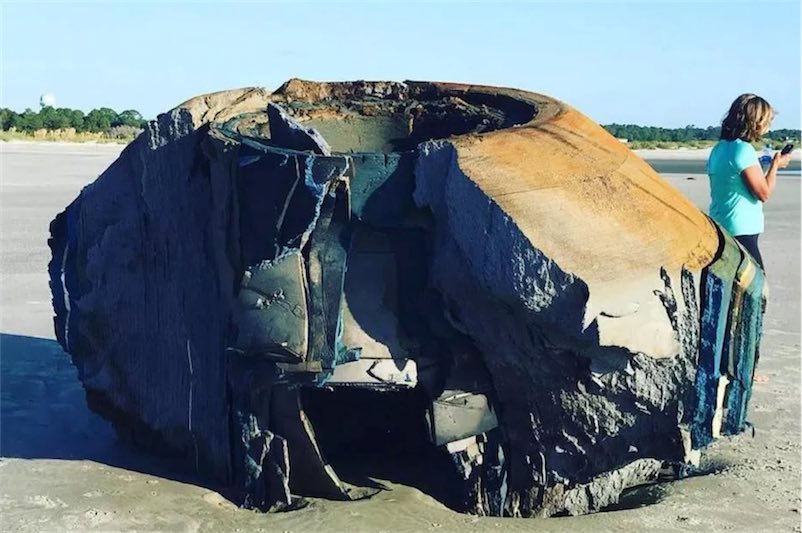 The Lowcountry Marine Mammal Network posted this photo of it to their Facebook page generating many fantastic theories and a few boring ones. From UPI:

Some have suggested the object resembles the shape of a damaged marine buoy like those used by the University of North Carolina at Chapel Hill.

Seabrook Island officials had the object removed by a truck and trailer, but they have not commented on the identity of the unusual piece of debris.