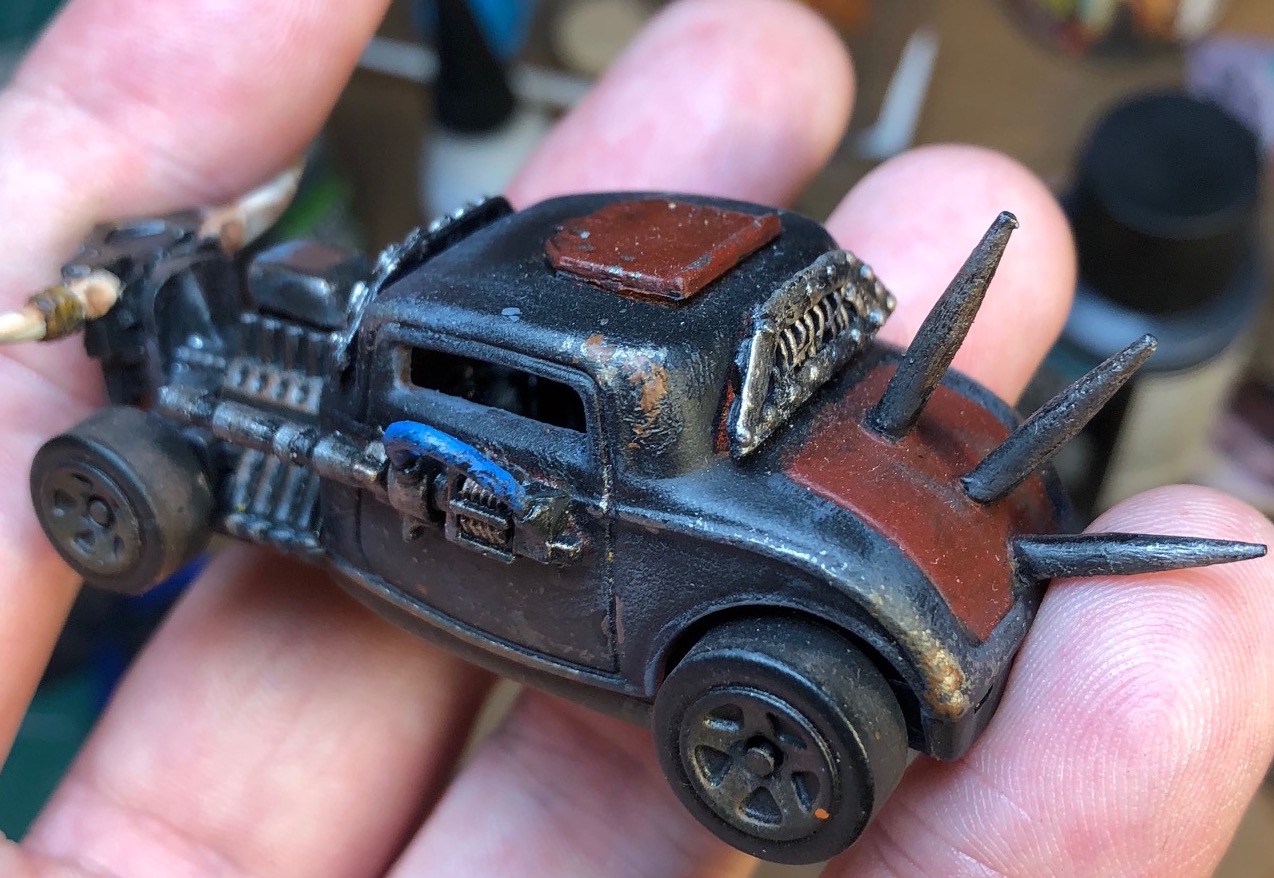 Gareth Branwyn has a fun tutorial on Make: about how to convert Hot Wheels and Matchbox toy cars into combat vehicles for the tabletop game, Gaslands.

In Gaslands, you put together a racing crew using die cast toy cars (Hot Wheels, Matchbox, etc) that you have modified to create combat cars. Then, using special dice and movement templates, you take turns racing through a scenario while fighting off other players’ cars using weapons and various dastardly deeds that you pay for in points as you outfit your crew. In many game scenarios, you have 50 points (called “Cans”) to spend on your cars and their weapons and special abilities.

The game has a very basic but evocative backstory where the rich and powerful have left Earth and become Martians, abandoning a dying Earth and most of its population to fend for itself. For entertainment, the Martians host an anything-goes vehicular combat reality game show, called Gaslands, back on Earth. The show is televised, and hugely popular, on Mars. Winners of each game show season earn a one-way ticket to Mars, and an escape from the miseries of Earth.

One of the most compelling things about Gaslands is that you spend around $13 for the rule book and then you have to basically build the rest of the game yourself. There are templates and markers in the back of the book to print out and mount, terrain and buildings to build, and most fun of all, you get to convert and Mad Max-ify toy cars.