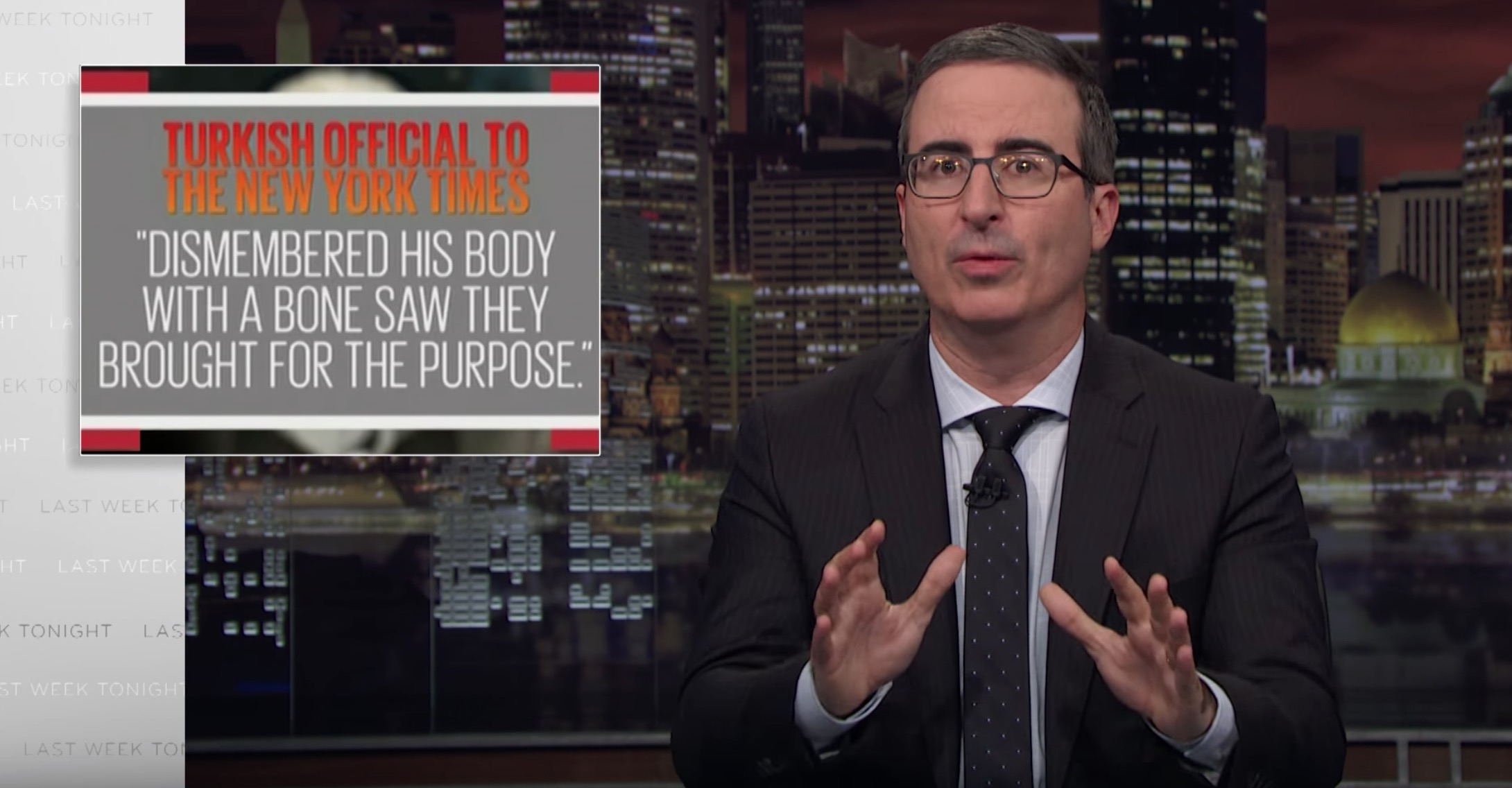 As usual, John Oliver does a great job of explaining the circumstances surrounding the likely murder of journalist Jamal Khashoggi, a US resident and Washington Post columnist who was last seen entering the Saudi Arabia embassy in Istanbul last week.

Turkish authorities have identified 15 Saudi men as persons of interest only hours before Khashoggi went missing. Several of them were caught on camera arriving in Istanbul. A Turkish official told the New York Times Saudi agents had dismembered his body with a bone saw they brought for the purpose... Saudi officials have scrambled to explain all the suspicious activity surrounding his disappearance with the Saudis' own channel, al Arabia, claiming that the 15 people who turned up in Istanbul were just tourists, which is clearly bullshit given that flight logs showed that most of the men arrived on a private charter plane at 3:13 a.m. and that all of them departed the same day they arrived, which is a pretty weird vacation isn't it. I want to see Istanbul but only for a few hours mostly at night and it need to bring a bone saw.