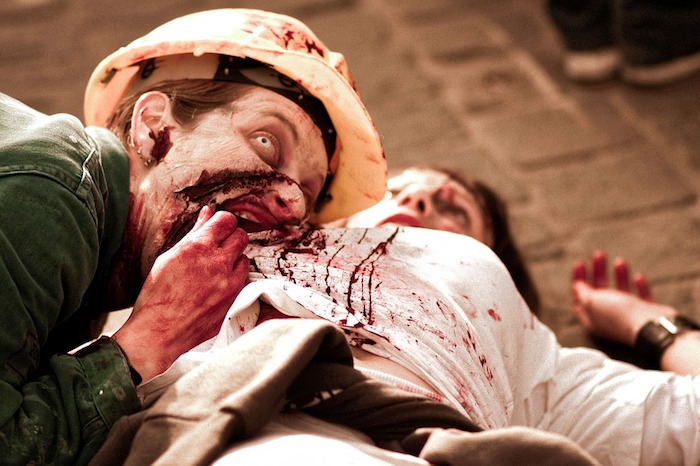 The waiver lets them know that these are mature haunted houses with actors who might physically touch them, but never do they mention people getting pushed down for a simulated rape.

However, in one of the "all ages" haunted houses, a man named Ryan Carr was pushed down by a masked actor, who then pretended to rape him.

According to the Huffington Post, Carr explained how his girlfriend, Sarah Lelonek, tried to stop it:

“She comes over and yells, ‘Stop! What are you doing? That’s my boyfriend,’” Carr recalled Lelonek saying. He then described the masked person’s response: “‘Not anymore, he’s mine now. I’m going to rape him,’ and then he started thrusting against me.”

According to Huffington Post, there was another alleged incident at one of the park's non-waiver houses in which a 16-year-old boy was thrown onto a mattress. Again an employee performed a mock rape on the boy and told him to "squeal like a pig."

A representatives from the park, Jeremy Caudill, says he was "shocked" and "appalled" and that the employees “who worked in the area where the incident allegedly occurred have been suspended” while they investigate. “Obviously, rape is a horrible act,” he said. “Even a mock rape scene has no place as part of any entertainment.”