Skateboard shop has a skateable sandwich board 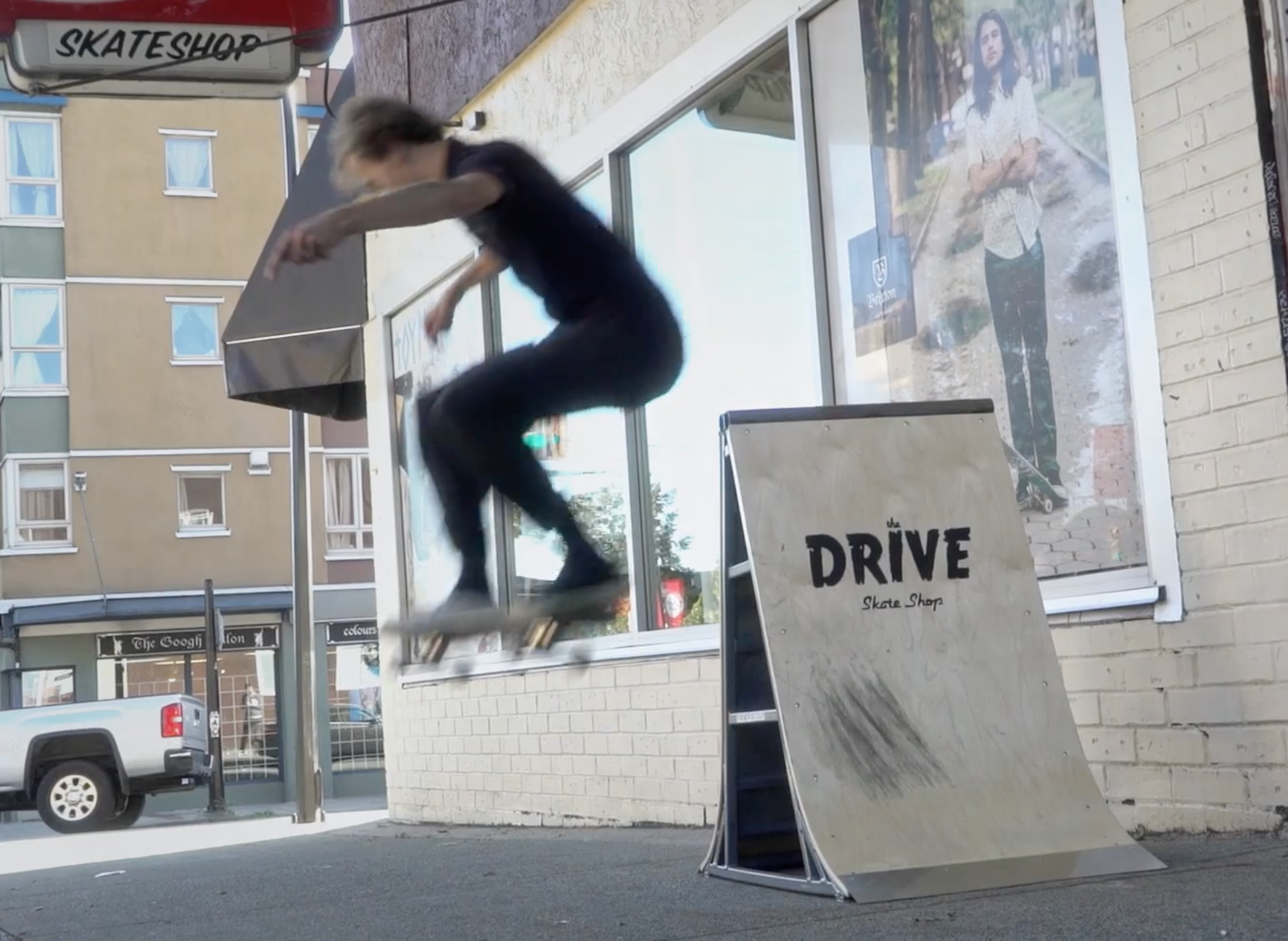 To make it clear that it's run by skateboarders for skateboarders, East Vancouver's Drive Skate Shop put a skateable sign in front of its store.

The two-sided wood veneer "sandwich board" is not only skateable but looks great too.