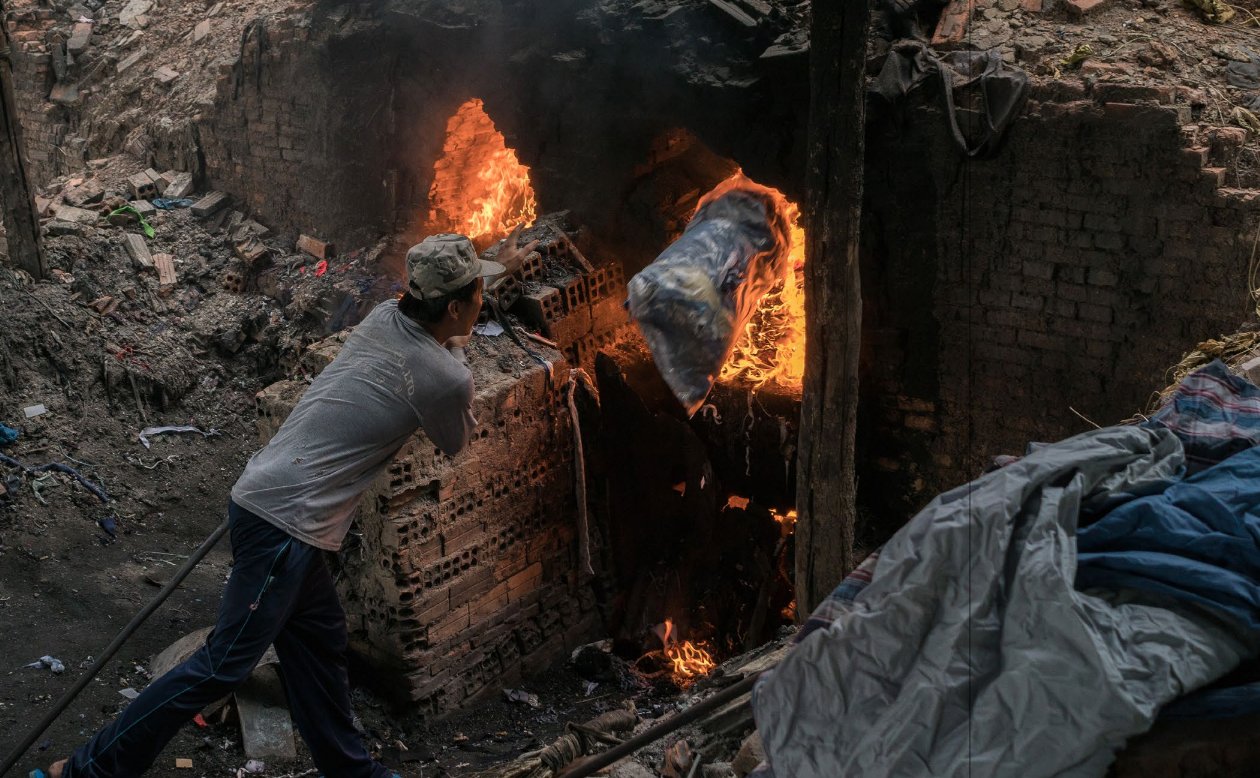 Two bedroom apartments in Phnom Penh start at $260,000 -- equivalent to 2,000 years' worth of average annual wages for Cambodia's workers.

But the bricks being used to construct housing in Cambodia's capital are made by people for whom apartments are even more out-of-reach than the average worker: these "blood bricks" are made by indentured slaves (including children), mostly small farmers who got into debt when climate change wrecked their crops and took on consolidation loans in exchange for years of "bonded labor" from brick companies.

The lenders prefer to indenture workers with families: the families can be held as hostages when the borrowers leave their job sites for medical care or other necessities.

Though Cambodia has a fast-growing economy, the fruits of that growth are mostly in the hands of a tiny elite, backed by an autocratic dictator who has mastered the use of Facebook to suppress his opposition by pushing out pro-elite propaganda and exploiting Facebook's "real names" policy to get pseudonymous opponents exiled from the service, and kidnapping and torturing opposition figures who use their real names.

The scope of blood bricks slavery is documented in a new report from Royal Holloway researchers.

When bonded labourers need to seek medical treatment or for other reasons, they must leave without their families to ensure they return, said the report, which was backed by the British government and the Economic and Social Research Council.

"Kiln owners showed a preference for families over single workers as they were apparently less likely to run away," according to the researchers.

Cambodia's labour minister released a statement last week warning businesses, including brick kilns, against using child labour and other forms of exploitation such as debt bondage.