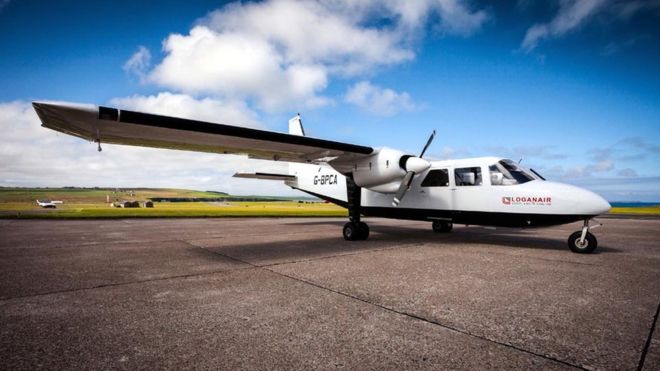 The flight spends as much time on the runway taking off and landing as it does in the air between the islands. Three airlines bid the last time the subsidized service came up for tender, according to the Orkney Islands Council News.