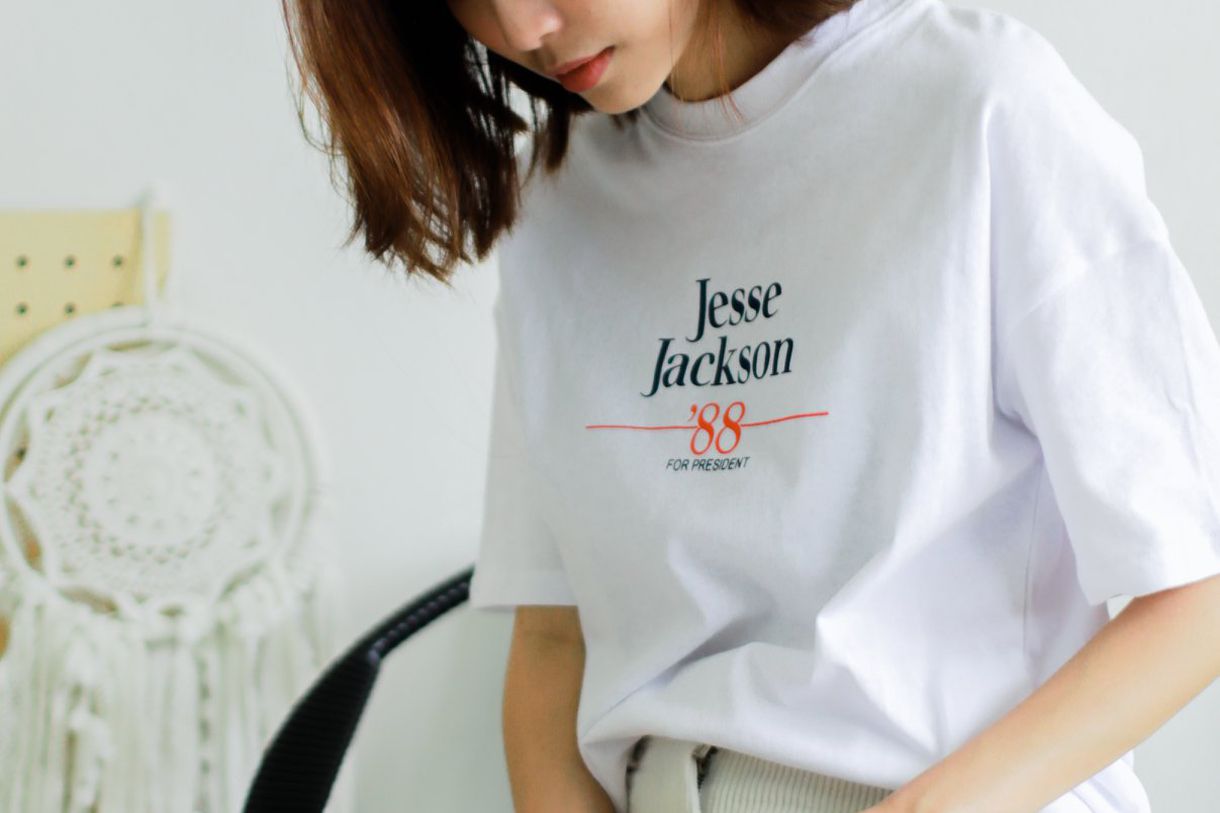 A South Korean mania for shirts sporting the campaign logo from Jesse Jackson's presidential bid has spread across the Pacific rim, getting knocked off in China, Singapore, Malaysia and Thailand.

The logo is prized for its "smart color scheme," "sensuous lettering" and "harmonized colors."

The shirt was popular with celebrities and college students alike: Rapper Moonbyul, for example, wore the shirt in the music video for her May release, "In My Room." After the Jackson shirts' initial appearance in South Korea, they quickly spread to stylish women across Asia, sold in cheap shopping markets and on e-tailers from provincial China to Singapore, Malaysia, and Thailand.

An American campaign tee is trendy in Asia. Its popularity has nothing to do with the US.
[W. David Marx/Vox]