Because sexism: Mansize Kleenex to be renamed 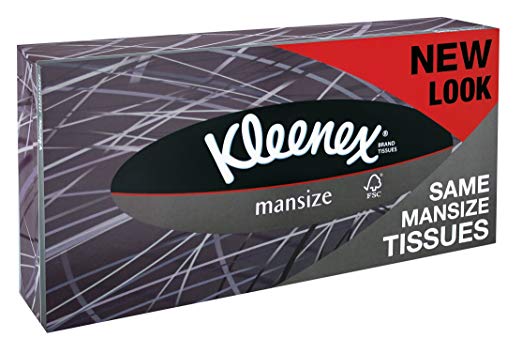 Quick! Get some of these sexist facial tissues while you still can.

It took them 60 years but Kleenex is finally renaming their "Mansize" tissues after getting customer complaints. The facial-tissues-formerly-known-as-Mansize will now be branded "Extra Large."

Parent company Kimberly-Clark "succumbed to growing public demand to change the name, despite not itself believing that the Mansize branding suggests or endorses gender inequality."

Sam Smethers, chief executive at feminist campaign group, the Fawcett Society, praised the move, saying: "Rebranding mansized tissues is not to be sneezed at. Removing sexist branding such as this is just sensible 21st century marketing. But we still have a long way to go before using lazy stereotypes to sell products is a thing of the past."